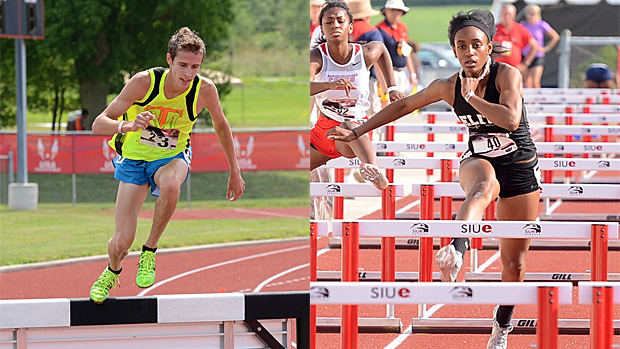 Bailey Roth won the steeple and Dior Hall crushed the opposition in the 100 hurdles prelims. Photos by David Everett.

It was definitely a day to remember for Colorado's entries in the World Youth Trials in Edwardsville, Illinois.

In events completed, Colorado got another dominating performance from Bailey Roth in the steeple. Roth shaved two seconds off his already-impressive 2000 steeple record to win in 5:47.42. Roth's time is easily the top in the nation thus far this season and is rapidly closing in on the all-time US#1. 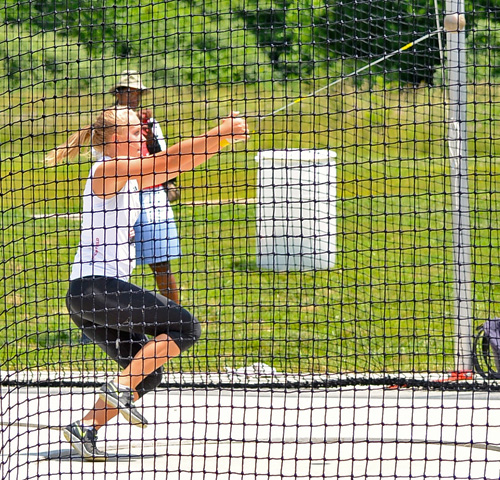 Haley Showalter (photo, left, by David Everett) had a stunning day in the throws, going 192-1 for second and a huge PR in the hammer throw and 147-6 for fifth in the discus. If you've seen Showalter throw the hammer, you knew this kind of performance was in the offing. She definitely picked an opportune time to make the throw. That throw, incidentally, rockets Showalter to #2 in the national rankings.

Connor Turnage, continuing his pursuit of the magical 50 feet, went 47-10 (+1.6) in the triple jump, good enough for second.

Dior Hall's 13.75 (-1.5) led the prelims field by better than a third of a second in the 100 hurdles. That was, unquestionably, the highlight of the day for Colorado's track entries.

The girls 400 meters had three Colorado entries. Taking top honors was Alleandra Watt with a 54.18 and a qualification for finals. Missing the cut for finals were Payton Miller (55.35) and Nicole Montgomery (56.45).

Check back tomorrow for another report on Tuesday's action!