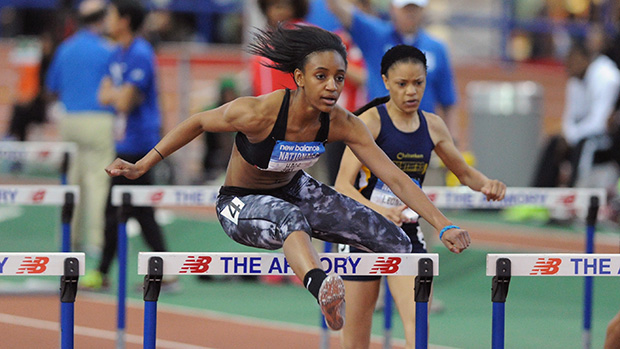 Dior Hall shattered the US all-time 60 meter hurdles mark with a run of 8.11 in the event finals. Photos by Don Rich/Penn Track XC.

It's never easy at New Balance Nationals Indoor, but a couple of Colorado athletes made it look a good deal easier than it actually is.

Dior Hall and Elise Cranny came away with national titles, and Hall doubled her fun with a national record in the 60 meter hurdles, a mark that has eluded Hall for her entire high school career. Breaking the event record came down to her last official attempt of her entire high school career. And, on that final attempt, she shaved .05 off the standing mark held by current collegian Jackie Coward. And now, it will be Hall's 8.11 mark that all must chase. 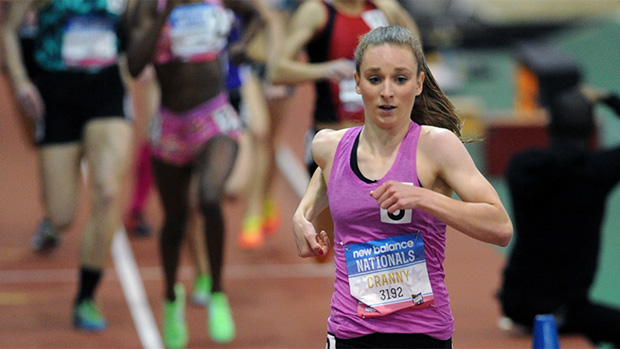 Elise Cranny didn't break any US high school records, but she did win the 800 meters in 2:06.47. That provided the Niwot senior more than two seconds of margin in the final indoor race of her high school career.

The rest of the Colorado contingent came away from New York richer for the experience but empty-handed in terms of medals.

Payton Miller just missed making the finals of the 400 meters, as did Shayna Yon in the 60 meters. On another day, both might have been finalists and among those who earned medals at the nation's most competitive and most prestigious high school indoor meet.

Also coming close were Stephanie Bess, whose pole vault mark of 12-4.75 put her in 13th, and Zac Petrie, whose 800 time of 1:53.93 put him into 10th place. Both marks should be sending shock waves of concern across the ranks of competitors here in Colorado as both are very competitive marks.