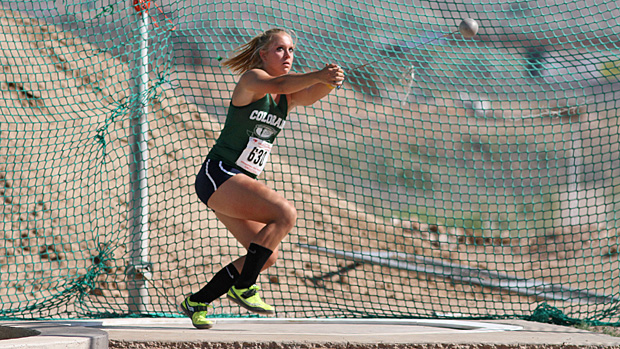 Haley Showalter's series of hammer throws on Friday left a few people shaking their heads in amazement. All photos by Alan Versaw.

Although the mulit-event competitions got off to a slow start for Colorado, it was mere minutes after those competitions had wrapped up that Colorado struck some major paydirt at the hammer throw.

Haley Showalter, who has potential dates at World Juniors and and World Youth Olympics on her summer calendar, broke both the Great Southwest meet record and her own personal record in the hammer throw on her first toss. On her third throw, she extended that mark to 58.92m (193-4), giving her a nine-foot PR and easily the top hammer throw in the nation for this season.

Five throws of Showalter's series were measured and each of the five throws broke both the meet record and Showalter's previous PR. And you could see a hint of a smile on the lips of Showalter as the competition wrapped up. Clearly, a little focused work on the hammer throw since school has gotten out has been producing some big, and quick results, for Showalter. 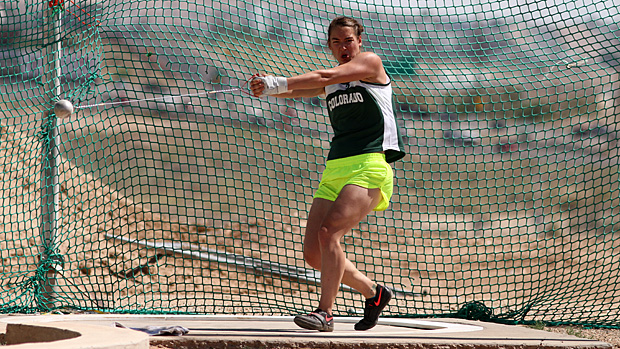 Showalter, however, was not Colorado's lone representative on the podium. In her first hammer throw competition, Josie Natrasevschi (photo, above) bombed the ball 123-8, good enough for fourth place. The wave of good feelings you just sensed came all the way from Providence, Rhode Island, at the track and field office of Brown University. 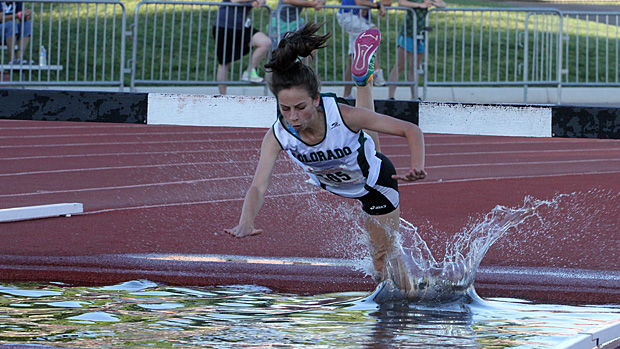 In a soggy steeplechase competition that saw close to half the field take unplanned plunges at the water jump, Veronica Brtek (photo, above) persevered after her plunge to a fourth-place finish.

Colorado would also score points in relays from a second by the girls 4x800 and a fourth from the girls 4x200.