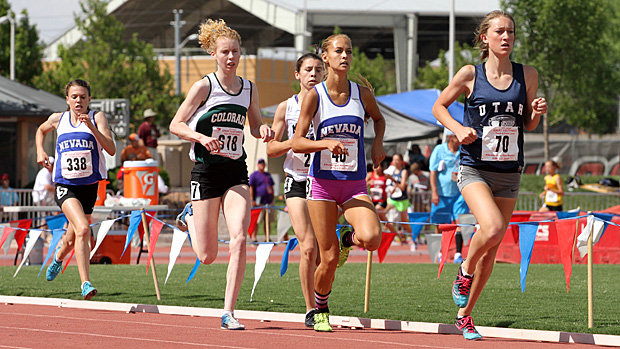 Late on Saturday afternoon, Colorado selection chair Jeff Bliven was beaming. The Colorado girls were well up on the field and were scoring in nearly every event. The prognosis was good for a Colorado team title.

And, that prognosis continued through the evening hours into a reality at the end of the meet. The final tally had Colorado with 169.5 points to 119 for second-place Missouri.

And, the points did come from very nearly across the entire span of events. Scoring for Colorado were:

The team of 48 girls that traveled down to Albuquerque acquitted themselves nicely. And, for many of those athletes, the season is not even close to done. Dates at Junior nationals, NBNO, and possibly some international-level competition loom ahead for many of these individuals.

For the boys, the results were not as grand as they were for the girls, but some of that would have to do with the fact that Colorado's male representation in Albuquerque was roughly half of the female delegation. Still, some nice results were recorded, to include the following placers:

In all, Colorado's boys would post 29 points for 10th place.