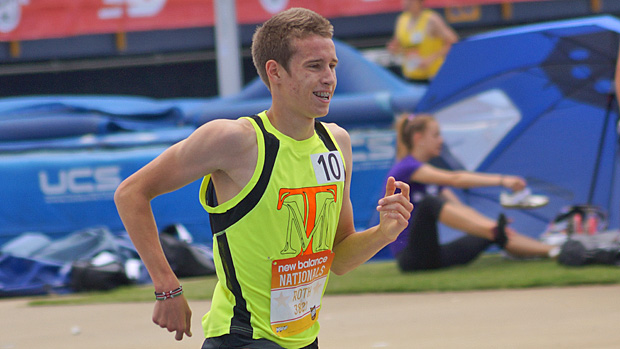 Bailey Roth ran away from the NBNO field in today's 2000 steeple at NBNO. Photo by Ashley Green.

The record that Bailey Roth cozied up to last year went the way of the dinosaur this year. Roth's 5:41.67 establishes a new US #1 AT mark in the 2000 meter steeplechase. Roth also successfully defended his NBNO 2000 Steeple title from 2013 with a margin of 10 seconds on the field.