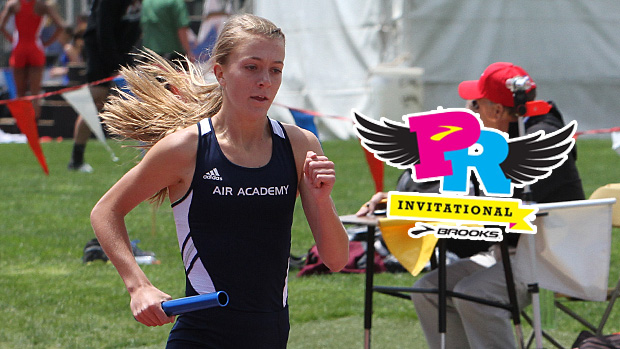 If you think it's a fun argument over which post-season cross country meet gets the top athletes, you should try starting an argument over post-season track and field meets. And, one of the meets you'll have to make some room at the table for is the Brooks PR Invitational.

For the first year ever, Brooks PR has gone to an outdoor meet and summer status, but none of the expectations of top-tier athletes went away.

Brooks PR doesn't run a full slate of events, but what they do run they load up nicely.

And four athletes from Colorado have punched their golden tickets to compete this weekend in Seattle.

Fresh off a stint in New York where he ran a mile, Cerake Geberkidane crosses the continent to run a two mile. It's not lost on too many people that Geberkidane owns the number two seed in the field.

Colorado will have two entries in the 100 hurdles field--Dior Hall and Ashley Miller. Miller, like Geberkidane, is busy criss-crossing the continent in post-season, while Hall will go to Seattle coming off a weekend of rest. Among the people they'll both be facing, however, is Tiana Bonds--the one who split them up in the finish order at Great Southwest. Hall's opportunities to break the high school record for the 100 hurdles are running low, and this is one golden remaining opportunity. The Colorado entries won't lack for competition.

Kevin McClanahan is slated to join several of the nation's fastest quarter milers in the 400. Imagine a field where 47.38 is the slowest seed!

Closing out the field of Colorado entries is Katie Rainsberger in the mile. Rainsberger earned her seed in Seattle with a 4:48.84 at the Colorado state meet.