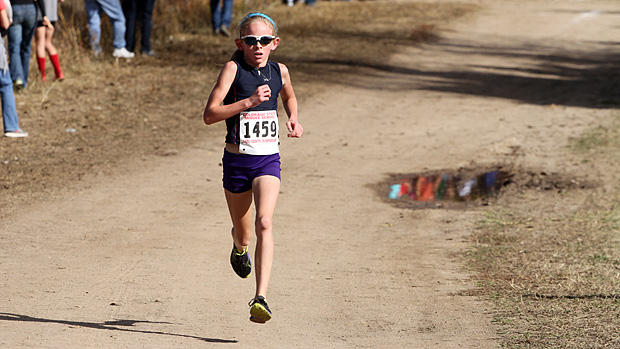 It's been said that Thanksgiving Day is the biggest day for road races across America. It certainly was a big day here in Colorado.

We'll take a quick spin around the state and tell you what we learned.

Race fans were in for something of a treat in Broomfield. The Anthem Turkey Day 5K featured former CU Buffalo and national elite Stephen Pifer. Pifer ran away from the field to the tune of 15:13, more than a minute-and-a-half ahead of second place. The female title went to Helen Gover of Louisville Middle School. The list of recognizable names for this race tapers off in a hurry, though.

Greeley held a monster of a Turkey Trot with about 2700 finishers. First among those 2700 was Wiggins and Metro State alum Shawn Lindbom with a time of 15:24. Lindbom handily beat his former coach Mario Garcia in the race. Cam Dimas took honors for current high schoolers with a time of 16:16. Heather Utrata take first place among women with a time of 17:49. And, it was kind of like old times in Greeley, as Sarah Swenson, Kendra Gerk, and Ashlee Smalley all gathered on the same starting line. And there's still some zip in those legs.

Outdoing even the Greeley Turkey Trot was the one in Colorado Springs--the Pikes Peak YMCA Turkey Trot. At this one, they dealt with over 3500 finishers.

It's easy to feel a little lost among 3500 fellow runners, but they weren't all running. Among those who did run, however, Kaleigh Kroeker took top high school female honors with a time of 19:36. Alexis Wilbert, a name I don't recognize, took women's honors at 19:06. Patrick Rizzo and Wasson High School grad Carl Arnold took 1-2 in the men's division, both well under 16. Digging a little deeper for high schoolers, we find a mysterious runner going by Grant Golligan in first. Mr. Golligan may or may not be a high schooler, but he was under the 15-19 age division. No Grant Golligan, however, shows up in the MileSplit database, so we could be faced with the prospect of a runner going incognito here. Of high schoolers we are sure about, Tanner Norman took top honors with a 17:10, followed three seconds later by James Jones.

In Boulder, they hosted the Community Food Share 5K Turkey Trot--kind of a long name for a race, but it got the point across. Monarch grad Jackson Friesth won easily in 15:45. Sean Riedel took current high school honors at 17:36. Isaac Roberts took current middle school honors with a very nice 17:48. Interestingly, all three beat Trent Briney--or at least someone running under the name of Trent Briney.

In Denver, it was the Mile High United Way Turkey Trot in Washington Park. This one, I believe, is a four-mile affair. Tyler McCandless and Ryan Poland went 1-2 in this race, and you have to dig all the way down to place 23 to find a current high schooler--Allen Adair of Grand Junction (Mr. Adair skipped a Turkey Trot in his own home town to run in this one, too). McCandless ran 19:39 and Poland 20:18 for their honors. Top female was Cherry Creek grad Kristin Johansen at 23:24, followed closely by former Air Force Academy harrier Katie Ward at 23:30. Alayna Szuch beat all the high schoolers, finishing in 23:42.

Over in Grand Junction, the race that Allen Adair missed was won by Grand Junction HS and University of Colorado alum Richard Medina. And perhaps Adair got wind of Medina's intentions to run and decided to try his chances someplace else. In any case, the race, though billed as a 5K, went a little long and Medina ended up winning in 16:23. Following Medina in second was Joseph Horen in 17:00. Top female honors went to Grand Valley alum and current University of Tulsa Hurricane Brandi Krieg with a time of 19:17.

I have only partial results at the moment for the Grand Junction Turkey Trot, but I still hope to get full results. I'll post when and if I get those.

Taking small-town honors for turkey trotting was Rocky Ford. And, why not? Ron Shepherd has half of the community as either current or former runners. The Rocky Ford Turkey Trot had 109 finishers, led by Cody Danley in 17:22. Danley made his first win of the fall count, finishing over a minute ahead of second. A quick check of the results, however, reveals that Rocky Ford cross country legend Andy Montanez was not part of the race. We'll give him a pass on that, though, as he is a bit older than I am. Still, it would have been fun...

This might not be the last update to this article, but...

They didn't even call it a Turkey Trot up in Fort Collins. And, somehow, that's fitting because Scott Dahlberg clearly was not trotting. Dahlberg still has wheels at age 30 and won the four-mile Thanksgiving Day Run in his current hometown with a blistering 18:57, beating Curtis Begley at 19:04 and his current boss at 21:29. Alas, it appears that Art Siemers has found the downhill side of 40. It can be a humbling place to live, and all the bridges behind you are burned. But, I know a lot of over-40 types who would love to run 21:29 for four miles at altitude. You can find me somewhere in that mass of humanity.

In any case, both Dahlberg and Siemers are cordially invited to the Fastest Coach in the State Race in Lyons on December 13. It wouldn't be the same without them.

As a rule of thumb, if Laura Thweatt is running in a local race, she wins the female division. That held true this time as Thweatt's 20:59 beat Brianne Nelson at 21:21 for the title. Alexa Rogers rounded out the top three.

High school honors went to Bryan Hird at 21:06 and Luna Slater at 27:58. This one was easily the most competitive of the races on Thanksgiving Day. And, it was pretty large, too, with well over 2000 finishers. Most of those finishers, of course, were nowhere near the times just listed.

And, at Clement Park in Littleton, they ran the Gobble Wobble. I'm pretty sure the name is a little misleading on this one. While it is true that if you Gobble, you Wobble, but I'm guessing most of the Gobble was done after the race and not before.

Kyle Simcox, of Colorado Middle School State Meet semi-fame, won this one in 17:27. That left the honors for current high schoolers to Josh Miller at an even 19:00. Noelle Cobb, running as locally as anyone in this race, took female high school honors at 21:29.