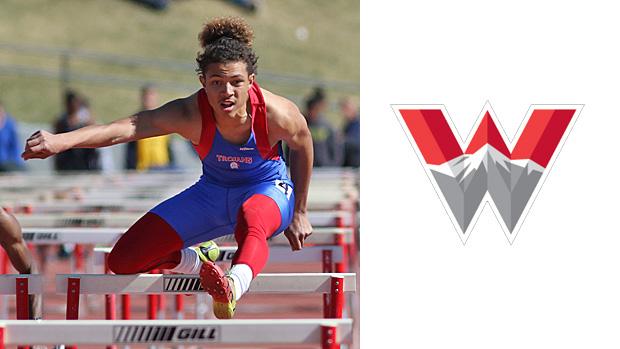 Tell us about the decision to go to Western. What made it the best choice for you?

Well at first I really wanted to go out of state, but then I realized that's not what I wanted. I really wanted to stay in state and close to family and Western is only about 3 hours away from home. Also the fact that Western's track team is becoming a very elite program and the competition I'll have there. The mountains also got my attention due to the fact that I love to snowboard.

What will you be studying at Western?

I'm still not 100% sure what I want to study, but right now I'm going in to major in Sociology.

You weren't part of the Fountain-Fort Carson track team--at least that I can tell--until your junior year. Did you move in then, get a late start on a high school track career, or ... ?

I actually played baseball my freshman and sophomore year. Junior year I decided I wanted to run track.

You've been pretty successful at both the 110s and the 300s. Which race do you like better, and why?

I'm beginning to like the 300's more because I'm slowly progressing in the event and it's just an exciting race.

Pretty clearly, relays are a big deal at Fountain-Fort Carson. Do you ever get opportunities to carry the stick?

I'm actually on our 4x4 team this year. At first I was just replacing a teammate due to injury, but it's beginning to look like I'll just be on the team all season.

Are there any goals left for this season you dream of achieving?

Coming from a junior season of barely qualifying for state and not even making finals, my goal is to place top 9 in both hurdle events. Our 4x4 team is also going towards the title and of course as a team we are pushing hard to win state again this year.