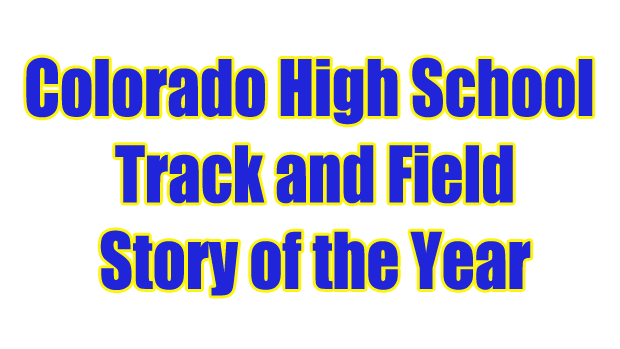 Cast your vote for the story of the year!

Here are your options:

1. Jordyn Colter breaks the all-time Colorado girls 800 meter record not once, but twice. Colter ended up with a best time of 2:04.56 and ultimately knocked more than three seconds off the old record, one which had stood for about 20 years.

3. Paonia's girls storm 2A for the third consecutive year, accumulating an astonishing total of 132 and a nearly-60-point margin on second-place Lyons.

5. Even with a change at the head coach position, Palmer Ridge doubles back to dominate 4A Boys for the second consecutive year.

6. The Colorado Springs Metro League meet plays host to the top two high jump marks of the year as Ashlyn Hare wins 5A girls at 5-10 and Dionne Taylor wins 5A boys at 7-0.