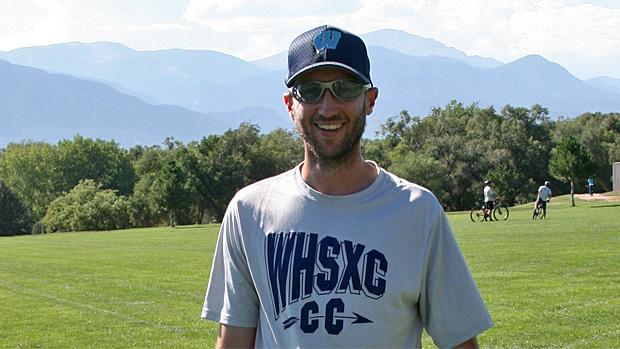 It wasn't that long ago that nobody took Widefield cross country seriously. But that is so yesterday.

If you ask for a listing of top five teams in 4A boys cross country for this fall and don't get Widefield on the list, you should dismiss the rest of the list as so much folderol.

Twelve years into his Widefield cross country tenure, Erik Nelson has created a monster, and slain a few dragons along the way.

Ask Nelson to explain the reason behind how Widefield has reached the point where they are now, and the answer you get is consistency. "There are a few things we have done to try and make our team better, but, really, we do things about the same way we always have. We try to do things better every year, but consistency has been a key for us. We have always had a vision of what we want our team to be and have never compromised on it, even when compromising would have been easier."

"We decided that we were not going to be okay with mediocrity and implemented Varsity Standards with the idea that we wouldn't have someone running varsity just because he or she was one of our seven fastest runners if they were not competitive varsity runners."

Operating on that less-is-sometimes-more philosophy has paid dividends. And, almost (but not quite) paradoxically, it has grown the team beyond anyone's expectations.

"I think we will have between 50 and 60 kids come out in the fall. My first year we had 16 kids who raced but only ten ran at regionals that year."

Nelson was himself, half a life ago, a cross country runner at Widefield High School. He ran at state as a senior. As his high school career came to an end, Nelson realized he wasn't ready to be done with it all.

"I decided to go to Colorado College, and my high school coach worked hard to connect me with Ted Castaneda, a great former Colorado high school and college runner and an amazing coach at CC. I was fortunate CC was in rebuilding mode, and I was able to walk on."

Toward the end of a successful DIII career at Colorado College that saw him run among the team's top seven three of his years there, an opportunity came calling to coach back at his old high school.

"My younger sister ran at Widefield, and the year after she graduated she discovered that the coach at the time was leaving. I was only a year out from graduating from CC and I had no illusions of running competitively after college, but I knew I wanted running to be a part of my life. I had thought about coaching as something I would enjoy. So, as soon as I heard the position was available, I called my AD and told her I wanted to apply."

He applied for the position before it was formally posted and, 12 years later, he's daily demonstrating the foresight of the AD who hired him.

Widefield cross country has come of age under Nelson. And, far from being an insular group, several of the team members also see considerable success in other sports. A community running group that he started has helped cross country to move into the mainstream of sports in the perception of the community.

The team has produced capable leaders who have passed the mantle on to upcoming classes. Nelson points to recent graduate Shao Jun Liu as a key element in the success of his current team, "I do believe we had to have the atmosphere and culture in place for the talent to stick around and thrive. We had some great leadership in Shao Jun Liu who was a senior when this group was freshmen. Jun really broke down barriers and taught these kids how to be good and opened up their eyes."

But, as quick as Nelson is to give credit to the people around him, you don't rub shoulders with the Widefield cross country program for long before you realize that Nelson carries about him a very infectious breed of enthusiasm. His commitment to running is beyond question; what else could you conclude about a man who got married on a run and currently owns a streak of better than four-and-a-half years of running at least one mile a day?

But, it's not just enthusiasm for running. Talk to Nelson for a few minutes and you realize it's very much about the kids as well:

"I'm not really one for fiery speeches or losing my mind. I try to give each kid what he or she needs and what each group of kids needs. Some kids need to be challenged; some need to be believed in. Some need to be pumped up, while others need to relax. I try to adjust how I behave depending on who I am around and what he or she needs. But inside I am a ball of nerves, anxiety, and excitement. I love cross country and love to watch our kids compete. I would like to think whatever my demeanor is, this love comes through."

It does, Erik. And I'm not the only one of your fellow coaches who has taken notice.