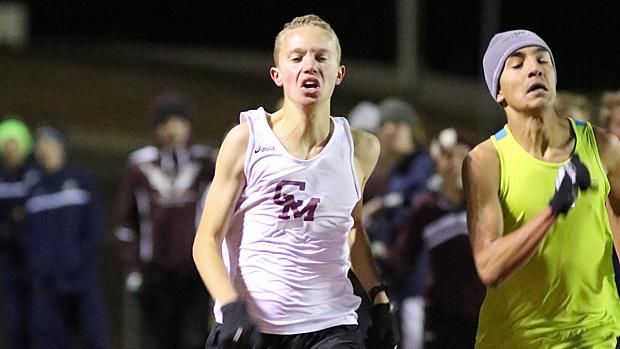 Different teams and different athletes took different approaches to this meet. Two miles under the lights, a chilly November evening, one week out from Nike Cross Regionals.

For almost all concerned, the racing was a welcome respite from the usual routines of practice. It was a chance to see some people not seen in at least a couple weeks, a chance to run hard with a little adrenaline, but definitely a measured effort from almost all concerned. Even at that, though, it was far better sustained speed work than you could ever hope for in a practice at this point in the season. 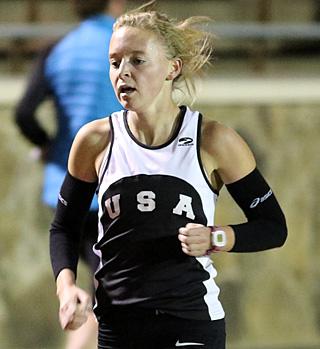 In the boys green race, Max Martinez controlled the lead for six of eight laps around the track, but on the eighth lap, James Jones--who had been quietly sneaking up on Martinez through the latter half of the race--blew by Martinez on the finish straight in what was easily the most exciting finish of the evening.

The boys white race was mostly a studied effort in staying just under a 10-minute pace. And, there were a lot of guys in the race capable of running sub-10. Eventually, Paxton Smith wearied of the parade, broke away and took the title in the high 9:30s. Most of the others were content to finish at or around 10 minutes and call it a solid workout.