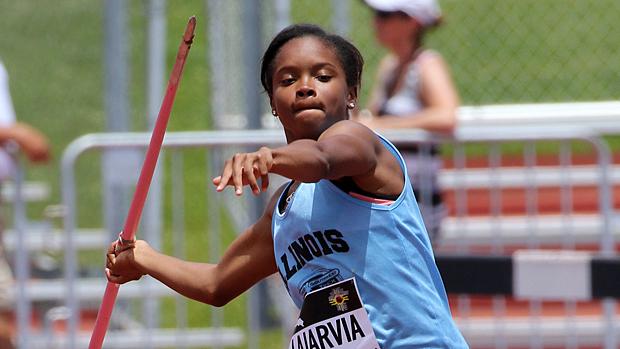 If the names of tihis year's multis winners at Great Southwest seem familiar, that could be because each of the three was right in the thick of things last year.

Evidently, experience and patience pay big dividends in these matters.

The girls decathlon was first of three multis competitions to wrap have, that having everything to do with there being on three girls in the competition and one, Laci Turner, bowed out with an ankle injury in the pole vault, the third event of the first day. 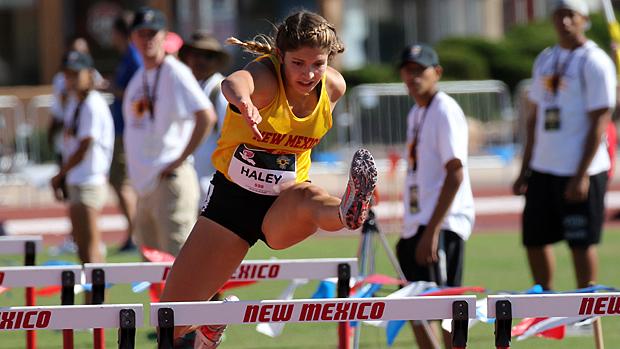 That left Rizek (above) and Candace Hutson (Arizona) to battle it out. Hutson held the lead at the end of day one, but was unable to hold off a surge from Rizek on day two. Rizek outpointed Hutson in each of the first four events of day two before Hutson claimed the 1500. But, Hutson's win in the 1500, narrow as it was, came well short of reclaiming the lead she had seen diminish and then change hands through the 100 hurdles, long jump, shot put, and high jump. 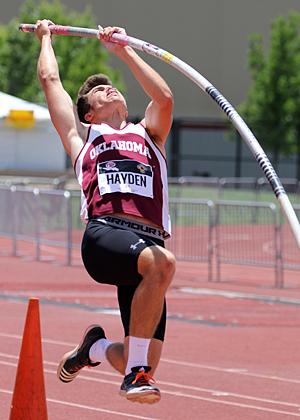 By the time all the tallying was done, Ashley had a whopping 6782 points to 6353 for Kyle Rex (Colorado) in second. Ashley put an exclamation point on his win with a 13-second margin of victory in the 1500. Indeed, the 1500 was a microcosm of the entire competition, with Ashley going out to an early lead and bringing it home with nobody close.

The heptathlon, on the other hand, held suspense right up to the final event. Brown's nine-point margin of victory underscores just how close this one was.

Brown and Okorie started out the competition by going 1-2 in the hurdles. Coincidentally, the nine-point difference between the two in the hurdles was exactly equal to the final margin of victory. From that point forward, the two simply battled to a draw.

Brown took the advantage over Okorie in the shot put, high jump, and 200--all on day one. Okorie came back on day two and steadily ate into Brown's lead with advantages in the long jump, javelin, and 800, but in the end it was just short of enough to take the win.