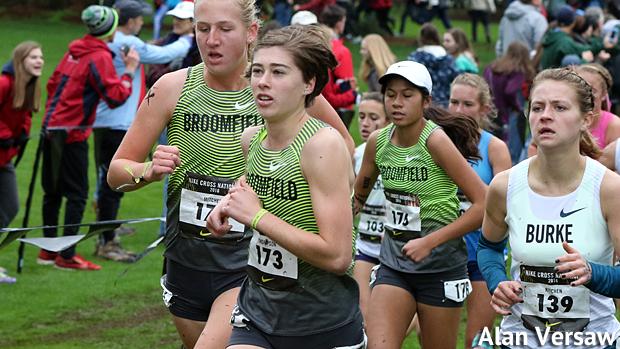 By the end of the season, Broomfield had fully made their case as the top team in Colorado.

All season long, this pairing of high-octane programs never failed to disappoint. Two exceptional teams, pushing each other to become even better.

The first showdown cam on October, under a brilliant sun at Denver's Washington Park. How close was it? Broomfield, by a single point, over Mountain Vista, 46 - 47.

The teams wouldn't see each other again until State. With a deeper field that tends to produce bigger scoring gaps, the gap was still tiny. Even though Mountain Vista got Caroline Eck back in time for this one, it wasn't quite enough. Once again, Broomfield prevailed, this time by a tally of 55 - 62. 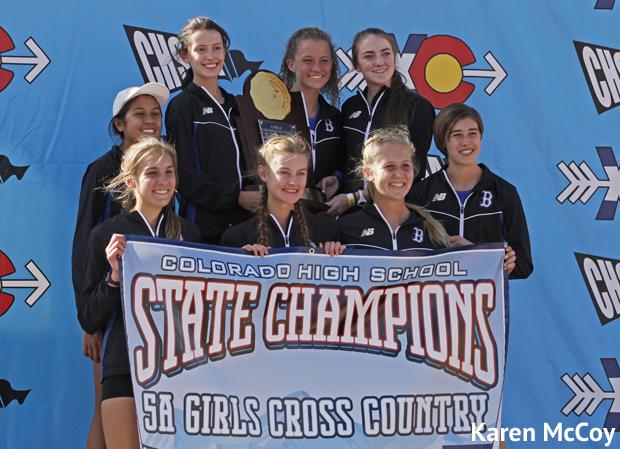 Evidently, Vista Nation had something to prove here. And, they proved it. Not only did Mountain Vista down Broomfield, but they did it rather convincingly, 88 - 127. Better still, Mountain Vista claimed the Southwest region crown. 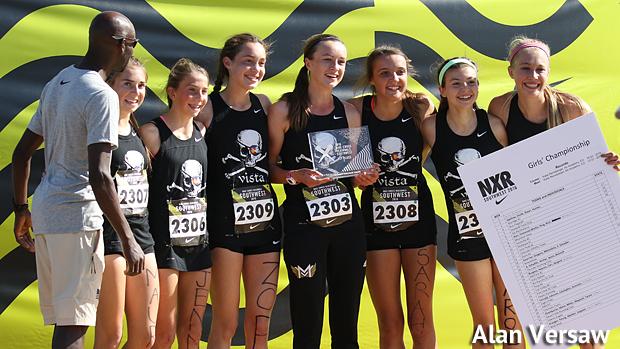 One important key to Mountain Vista's resurgence was the return of senior leader Mauren Fitzsimmons. The older Fitzsimmons sister had missed the entire season to this point, but with both Eck and Fitzsimmons back in the order, it was like a whole new level of competitiveness for Vista Nation. The pair, joined with the freshman tandem of Jenna Fitzsimmons and Sarah O'Sullivan, made for a formidable show. And, Mountain Vista embraced their triumph with enthusiasm.

Whether it was heat or some other force(s) unknown, Broomfield simply didn't have that great of a race in Arizona. The usual 1-2 of Madison Mooney and Ivy Gonzales dropped to 2 and 5 in the Broomfield scoring order. As a result, Broomfield missed the automatic qualifier for Nike Cross Nationals, being bumped by the team from Desert Vista.

For an entire week, Broomfield sat on pins and needles. Would they get an at-large bid to Nike Cross Nationals, or would they be forced to watch from home while a team they beat twice during the state-sanctioned season represented Colorado in Portland?

The answer came late on the last Saturday in November. Broomfield would get one more chance. Greg Weich's crew was named as one of the four at-large teams for Nike Cross Nationals. That meant Portland would be the final stop on the showdown tour.

Given an opportunity at redemption, Broomfield made certain that it stuck.

Despite losing Emily Zerr mid race to the accumulated effects on an injury, Broomfield didn't so much as miss a beat in the team scoring. Validating the confidence the at-large selection committee had placed in them, Broomfield went pretty much straight down their usual scoring order this time around. 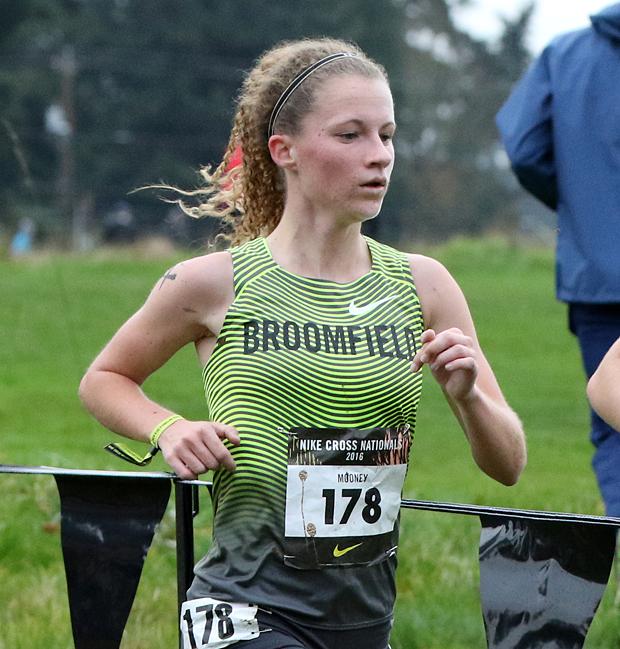 The final tally had Mountain Vista in 13th.

But, when only six places separate you at Nike Cross Nationals at the end of the season, it's been a great season for both teams.