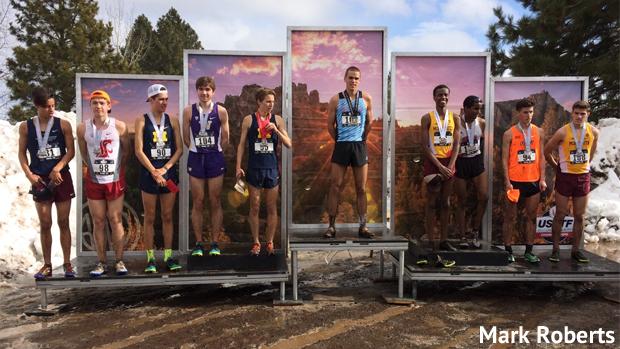 Paul Roberts takes the top place on the awards stand for Junior Men at the USATF Cross Country Championships in Bend, Oregon, on Saturday.

While I was immersed in Air Force High School Open coverage over the weekend, there was a whole lot else going on. It was a magnificent weekend for Colorado high school track and field and cross country.

Our first stop on this little tour of the weekend is in Boulder. The University of Colorado hosted the Colorado Open indoor track meet on the new IPF track.

That meet produced some serious times, especially where the mile is concerned. For starters, Dani Jones ran the fastest-ever women's mile on Colorado soil at 4:39.50.

All of the above athletes are CU athletes except for Rockhold, who runs for Colorado State.

Tabor Stevens still holds the men's Colorado soil mile record at 4:01.27. Stevens ran for Adams State at the time, so that mark also counts as the top collegiate mile on Colorado soil.

Now to the West Coast...

Hannah Freeman ran the winning 800 at the UW High School Invitational at the Dempsey Arena in Seattle on Saturday. Freeman's winning time was 2:14.71. That mark also doubled as a meet record.

A little earlier, Lauren Offerman had placed fourth in the mile at 5:06.47.

Coming back--a little bit of the way--to Colorado, the USA Cross Country Championships (and Worlds qualifier) was held in Bend, Oregon. Only they had to clear a lot of snow off the course before it was even remotely runnable. Once the snow was shoved aside, many spots of the course became veritable mudholes. 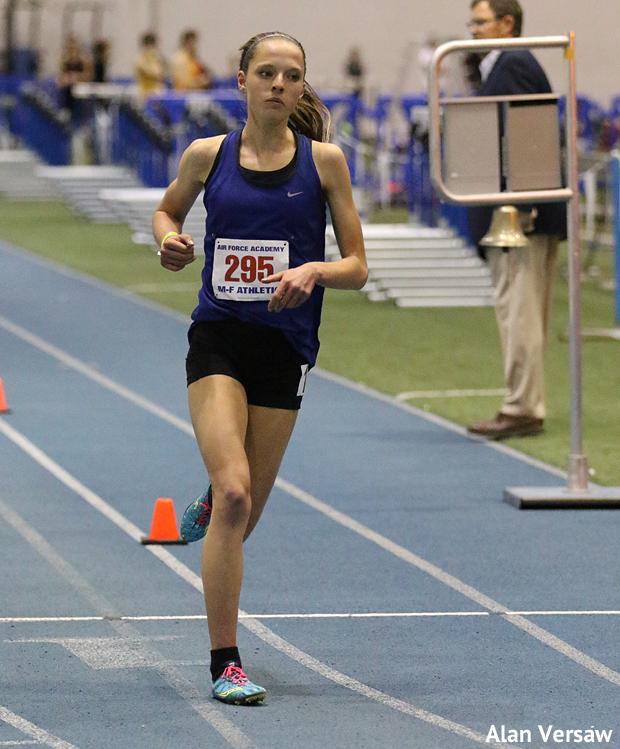 And, as a final note (for this article, anyway) out of the Air Force High School Open, Brie Oakley's 10:41.42 2 mile effort at the Cadet Field House currently has her ranked #5 in the nation in that event. With an altitude adjustment such as the NCAA would give on that effort, she would easily top the national list.

All in all, a pretty nice first weekend of February for Colorado.