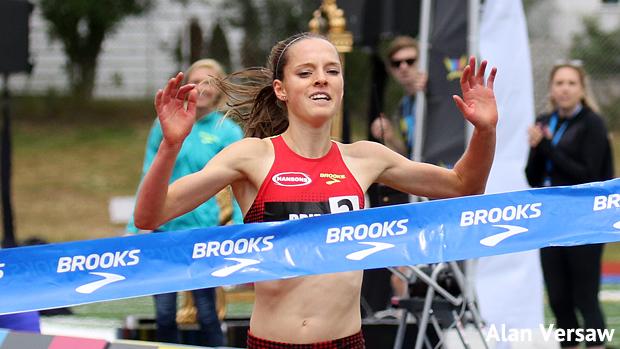 It didn't look like a hard enough effort to shatter the kind of records it did. Brie Oakley has a way of making things look easier than they really are.

After playing cat-and-mouse with Claudia Lane for about three laps, Oakley simply hit the gas and dropped the field. There would be no doubt about the outcome of this one. Oakley was bent on not seeing a repeat of her last encounter with Lane and built her lead with each successive lap.

Oakley's 9:51.35 has been bettered by an American high school girl only once, and that in an indoor effort by Mary Cain.

What an exclamation mark to slam onto the end of a spectacular high school career. 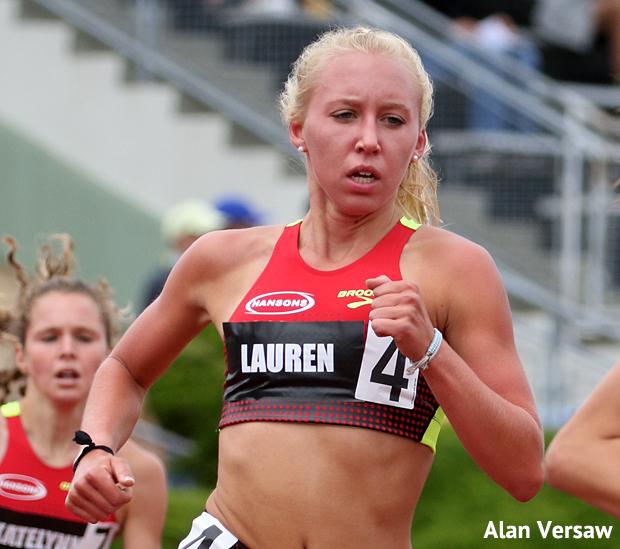 And, in all that hubbub, it's easy to miss that Lauren Gregory ran 10:05 for fourth place. Converted, that mark trims of few seconds off of Gregory's PR for the 3200 as well.

The 1-4 finish for Oakley and Gregory would be the highlight of Colorado's day at Brooks PR. 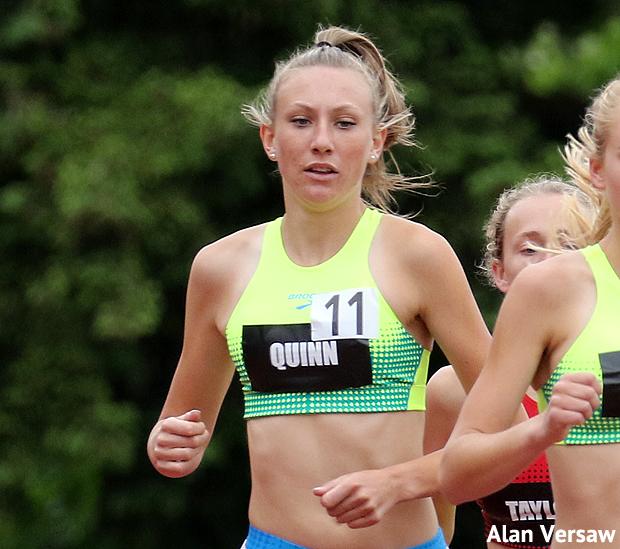 In the girls mile, Quinn McConnell and Madison Mooney flipped their expected order of finish, with McConnell taking sixth in 4:50 with a very strong second half of her race and Mooney finishing ninth in 4:55.

For the boys, it all came down to two athletes--Isaac Green and Tanner Norman. Green's mile bid took a heavy blow when he was tripped up at about 700 meters. Green would never be able to get back into the race and finished in 4:13. In mortal circles, that's a very good time, but it's not the time Green went to Seattle to run. 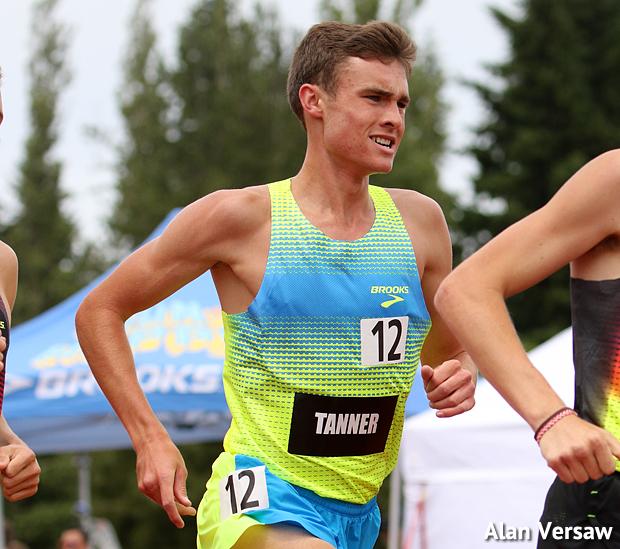 Tanner Norman managed, by way of conversion, to trim several seconds off his 3200 PR. Norman clocked an 8:56.21 for ninth place in the 2 mile.