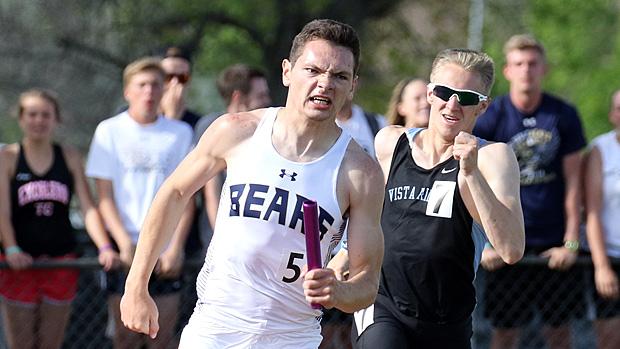 Caleb Ojennes pulled off a major feat, claiming three consecutive years of sub-48 times in the 400.

Last week, we took a look at trend lines for high-end performances in cross country and the track distance events (1600, 3200). I started thinking it would be interesting to do this outside the circle of distance events as well.

As I did with distance events, I went from 2009 (the first year of essentially complete meet results on Colorado Track XC) forward, tracking the number of athletes to exceed each of the standards in the paragraph above.

This time, we'll start with boys:

And then, before we verbalize any observations, we'll take a look at girls:

One of the intriguing things here is that the trend lines aren't nearly as evident at 400 meters as they are at longer distances. Unless you count flat as an evident trend line.Aside from the 2009 season, which was either just a poor season for 400 performances or the last year of a period where we saw a lot fewer of performances we'd think of today as "elite" or "high end," the counts of these marks have remained relatively constant. Girls sub-56s have bounced back and forth some the last couple years, but otherwise both the count of sub-56 and sub-58 marks have remained remarkably constant for the girls over the last eight seasons. The situation is similar for boys. We might be seeing a slight increase in the number of sub-48 times over the last nine years, but the count of sub-50 times is staying remarkably constant. In short, we seem now to be more or less stalled on a plateau where 400 performances are concerned. The trend line, for now at least, is a plateau.