Confier's Zack Gacnik is someone who clearly made The Jump from sophomore to junior year.

He went from not qualifying for state as a sophomore to finishing ninth last year as a junior - that's a clear statement to the work he put in over the summer.

Gacnik came out swinging on the 2019 season, running a huge Colorado personal best of 16:17 to finish third at the D'Evelyn Dash. His previous PR was 17:17 from his sophomore year (He ran 16:52 at lower elevation at Team Regionals.)

Two weeks later he solidified his rise by finishing fourth at the Standley Lake Gator Invitational, running 16:47. Grahm Tuohy-Gaydos won the race in 16:30.

A week later he picked up the first win of his high school career, claiming the W at the Centaurus Invitational in a PR that he would only break a week later.

Gacnik ran himself on the Sub-16 Club at the Colorado 7 League championships, where he won in dominating fashion, running 15:49 for a 35-second victory.

Two weeks later he PR'd for the fourth consecutive time, running 15:34 at the 4A Region 1 championships. Tuohy-Gaydos won that race in 15:12.

While Gacnik had already proven that he deserved to be in the mix at State, all that was left was for him to do it - and he did, just like had all season long. Niwot will have a new face leading their squad for the first time in two years, and on paper that looks like Zane Bergen.

As a sophomore last year, Bergen was consistently on the bubble.

He opened his season by smashing his Colorado PR by over a minute finishing 26th-place finish at Liberty Bell in 15:56.. He backed that up with two top-10 finishes, at the RE-1J District meet, and the St. Vrain Invitational.

Bergen clearly found his stride - or let loose - at Desert Twilight in late September. He finished 23rd in a big-time PR of 15:22.

He finished sixth with Niwot's tight pack at the 4A Region 3 championships before letting it rip once more at State. The consistency of Paul Knight's 2019 season hints at what he can do - last year he finished in the top-10 five of six races in Colorado, with three of those being a third-place finish or better.

Add that his second-fastest time last year was run at State.

Knight opened his season far from home - Colorado Springs - where he finished ninth in the 4A race at the Cheyenne Mountain Stampede in 17:07.

Two weeks later he finished seventh in a stellar field at the Joe Vigil Open, before dropping his best finish yet - a runner-up at the Ana Banana Invitational behind his teammate, Luke Tichi.

Like most of Coloradans who went south for Desert Twilight, Knight put up his fastest time to date, running 15:41.

He backed that up with two consecutive top-three finishes - a runner-up at the Pantherfest in 16:07, and a third-place finish at the 4A Region 5 championships in his first sub-15 in Colorado - a 15:57 clocking.

Just over a week later Knight nearly captured his sixth top-10 finish, crossing the line 11th at State - by three-tenths of a second. 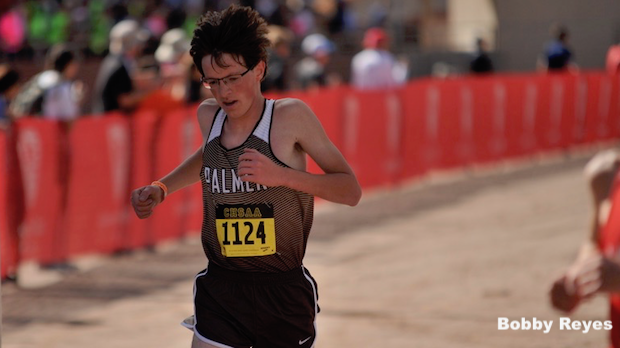 Palmer's Scott Prieve went from not running at the state meet his sophomore year, to finishing ninth last year as a junior - that's a legit curve.

Prieve is coming down from 5A to 4A this year.

He wasted little time hinting at what his potential - a two weeks later he dropped his best performance to date, a 15:49 (a huge personal best), 19th-place finish at Liberty Bell.Cole Sprout set a new Colorado soil record that day, running 14:38.

While he had a huge run at Liberty Bell, it was perhaps at the 5A Region 5 championships that he had a breakthrough - he finished fourth in 16:04, eight seconds behindEdward Rush. 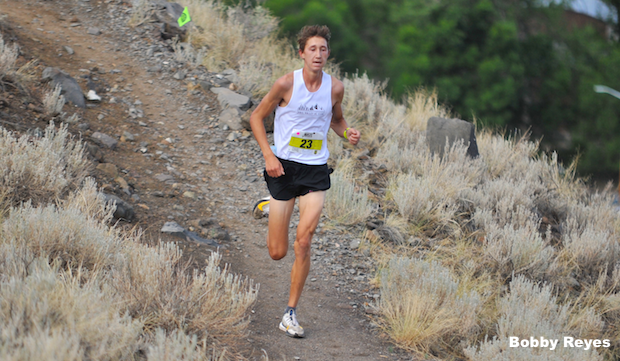 Battle Mountain's Sullivan Middaugh fits the definition of a dark horse better than anyone - he finished 34th at the 2019 state cross country championships.

And perhaps he wouldn't seem as much of a dark horse if there was a track season. His performance at the National Trail High School Championships showed that he clearly has run himself onto the radar.

(He won the National Trail Championshipsover a stellar field that included the top two returners in the state -Erik Le Roux and Grahm Tuohy-Gaydos.)

He hinted at his potential when he won the Eagle Valley XC Invitational, running 16:45 to beatJeremiah Vaille by a tenth of a second.

(Vaille would go on to finish 13th at State.)

A week later Middaugh finished 24th in a stacked 4A/5A race at St. Vrain, then backed that up with a 16:28 Colorado PR at Warrior Lincoln Park Classic, where he finished ninth.He dropped his PR once more, finishing ninth at the 4A Region 1 championships, where he ran 16:09.

Just over a week later he finished 34th at the state championships.

Middaugh clearly made The Jump after the 2019 season, however.

His performance at the National Trail Championships was on trails,and over five miles long, but what it does say is that he's made some big-time gains. A course like that requires a ton of strength, and he beat two runners (Le Roux and Tuohy-Gaydos) who beat him by over a minute at last year's state championship.