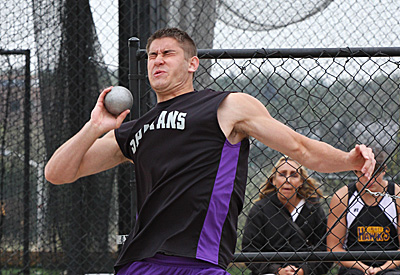 League meet week--the week that ends state qualifying, but in a way that a lot of people find unsatisfying. Many schools that would love to pursue a league title are left choosing between that and going for maximum qualification for state. And usually the latter takes precedence.

But that's not to say there weren't a number of oustanding performances this past week. There were--hinting at what's to come in the week ahead.

League meets can tend to get small in the smaller classifications, but this one more or less defines small. For performance of the meet, let's take Fleming's Andrew Lightsey, who threw the shot 43-0.