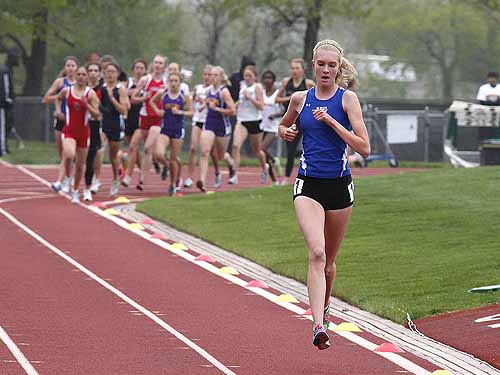 Everything about the Littleton relays says "intensity." 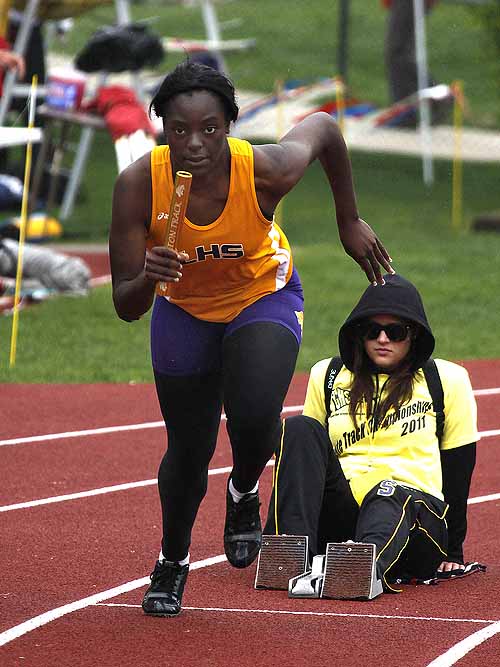 I'm not sure how you get your hair to do this at the start of a relay, but I don't question much about the Loveland relays. 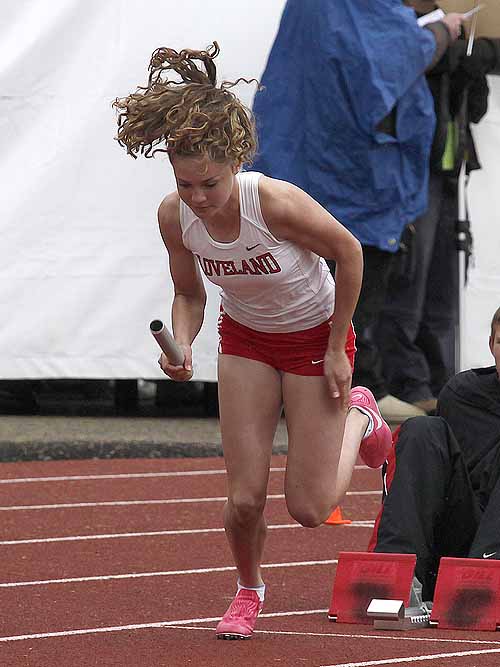 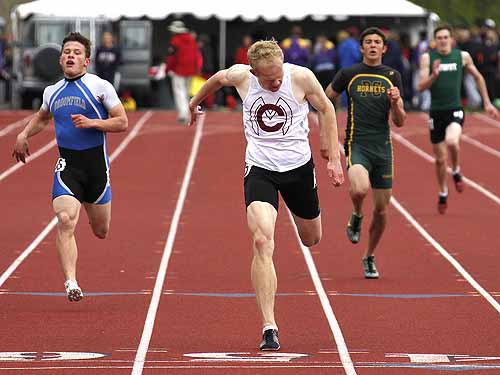 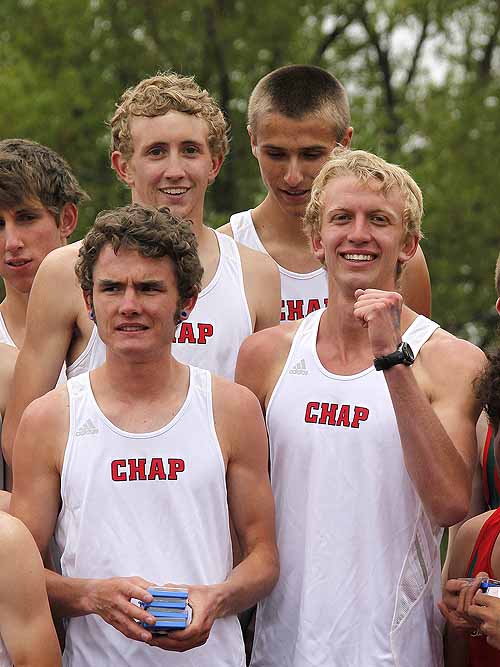 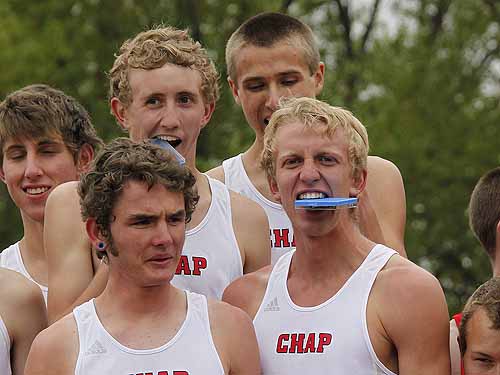 Rifle and Berthoud do a little 4x200 sparring early in the state meet. 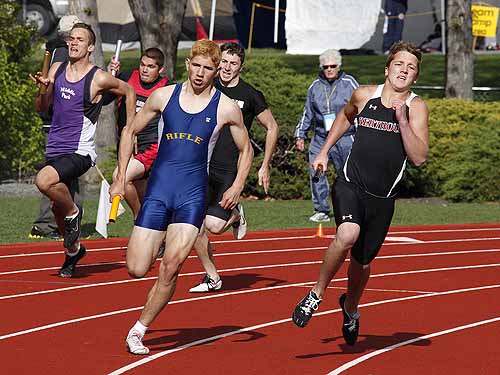 A little 2A 4x800 action with Paonia out in front. 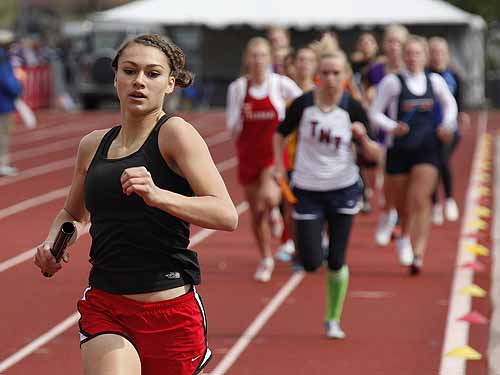 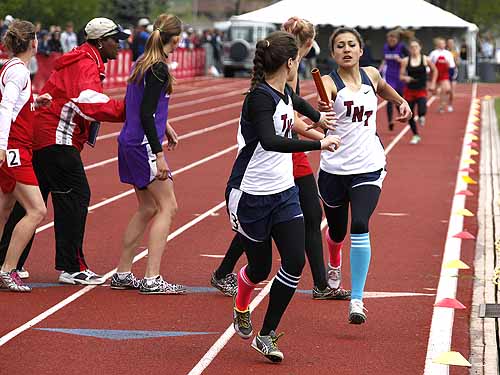 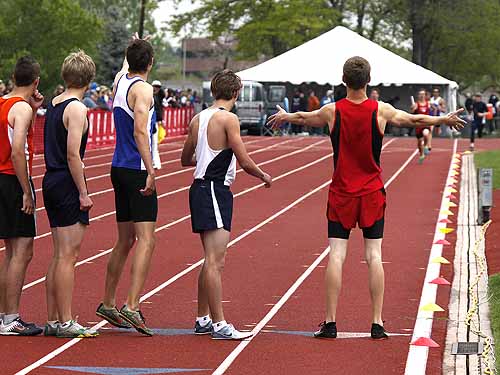 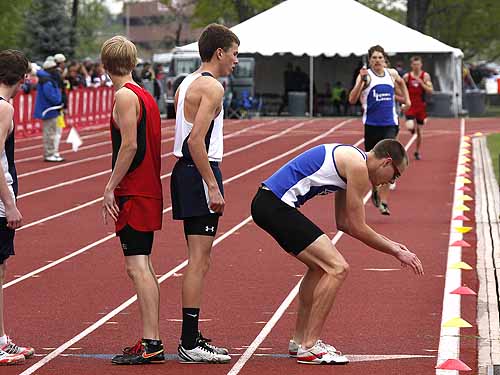 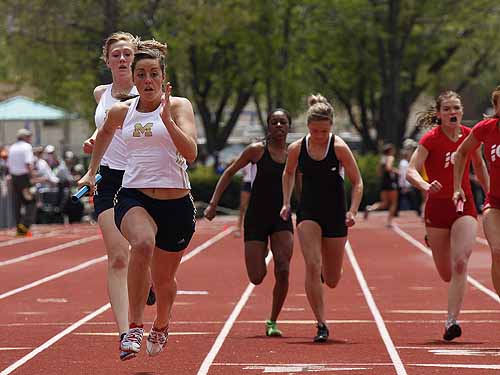 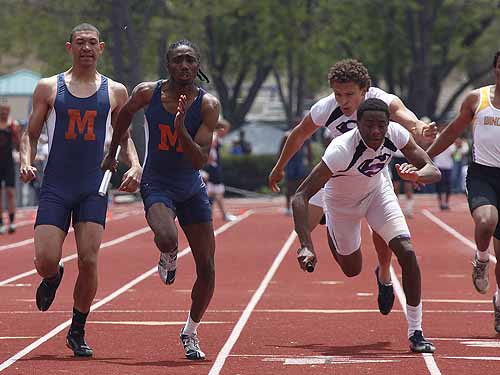 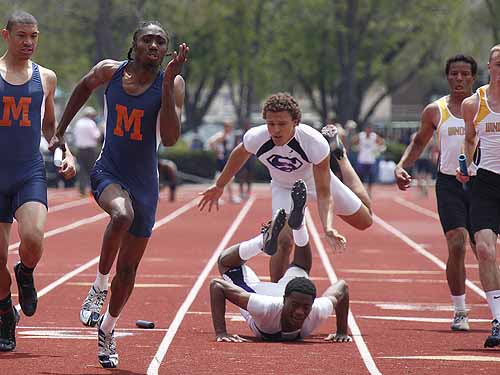 A battle down the stretch... 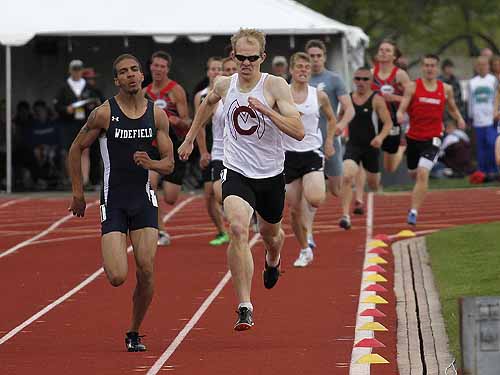 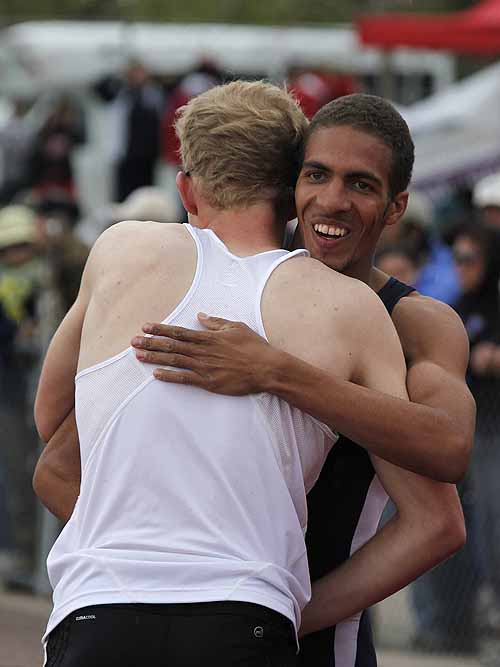 Ashley Atkin and Ashley Gruber battle it out in the rain. 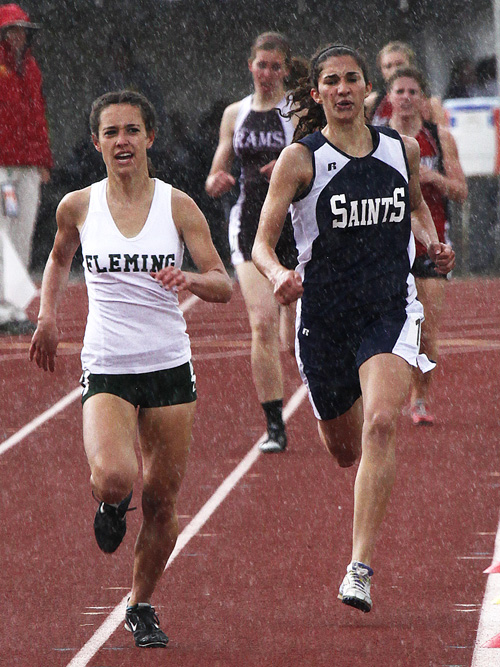 The rain got a little worse for Bo Hutches and Tyler Barela. This one went to Hutches. 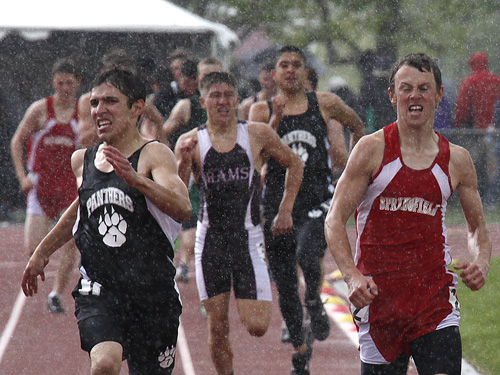 Sam Berggren and Brandi Krieg have raced more times than you can count over the last four years, and Sam Berggren is still taller. 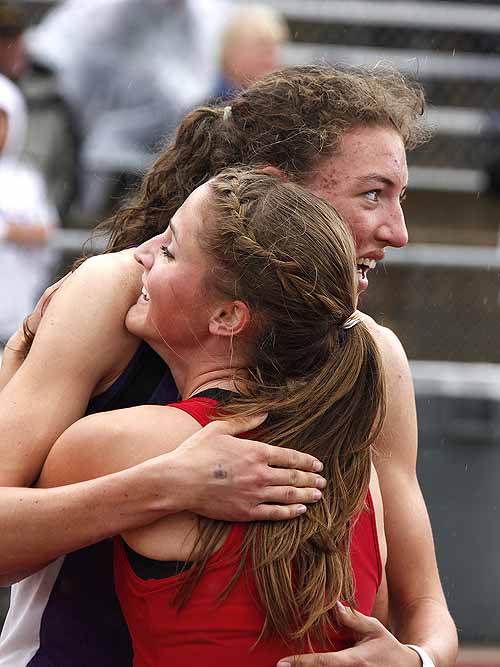 I think that's a hint of a smile on Rachel Hinker's face. 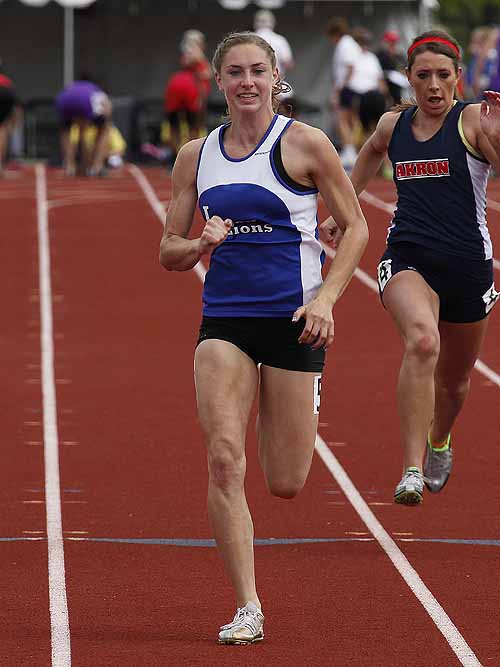 The 2A boys' finish was a little closer. 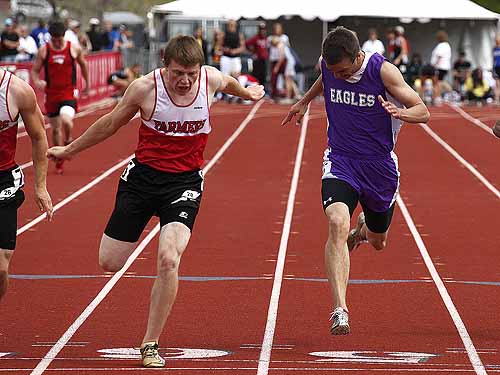 A big win for Markesh Woodson. 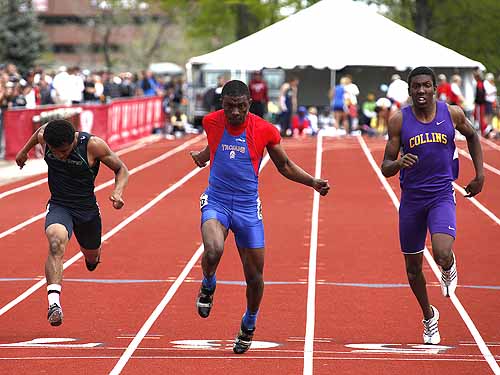 And I think we're going to get used to seeing Chyna Ries for a few more years. 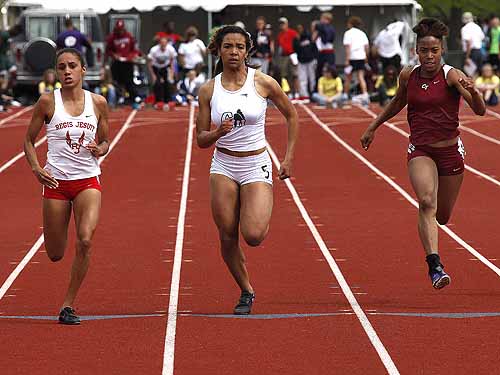 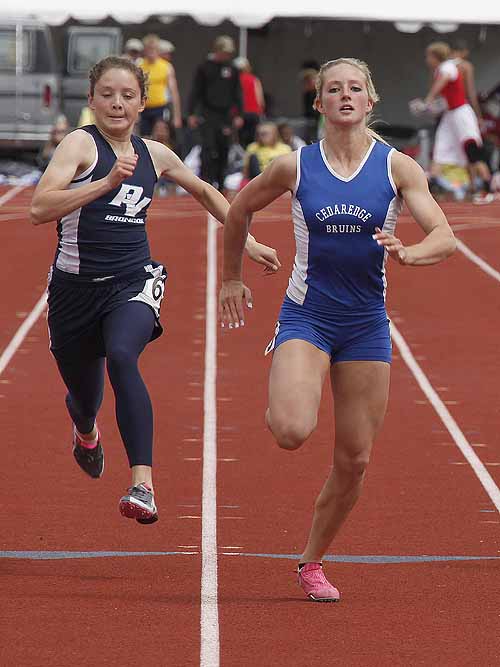 Fountain-Fort Carson embarks on the clincher. 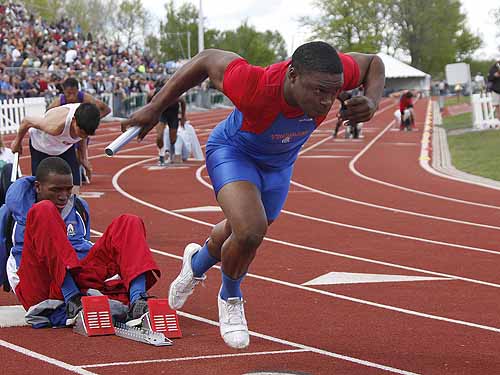 Berthoud had no idea at the time how crucial these points would be. 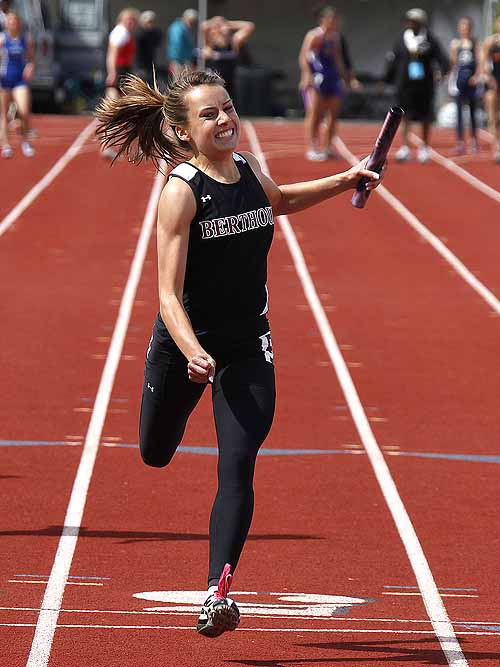 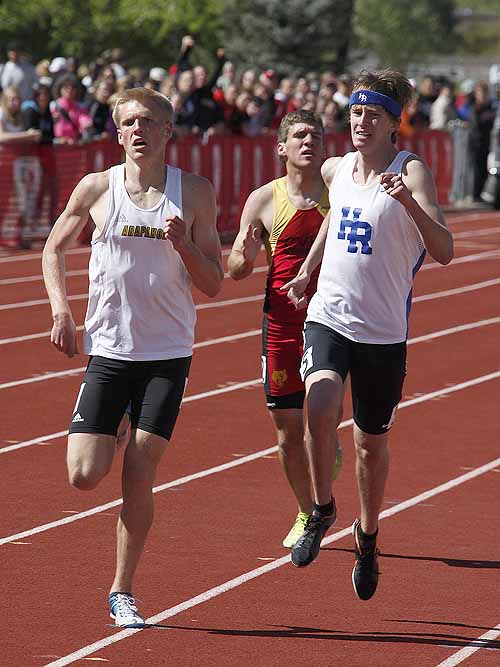