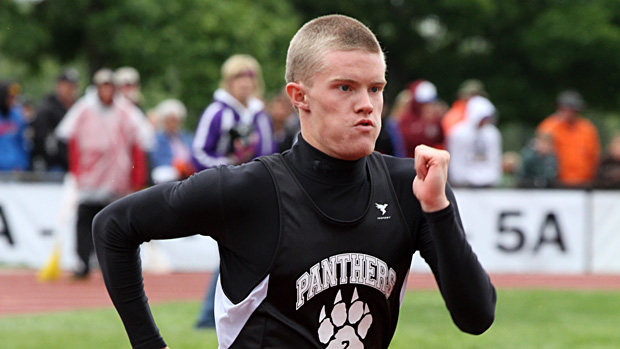 Sierra Grande's Robert Ryland is among five Colorado entries for the Arizona Sprints Showcase coming up this weekend. Photo by Alan Versaw.

The Arizona Sprints Showcase has the look of an event that could become big--real big. In its first year it has already drawn a credible field, including several of Colorado's better high school age sprinters. The turnout this year suggest the meet is already gaining traction and only figures to get better next year and on down the road.

As the meet title suggests, it's not a regular track meet. It's all about the explosive events. It's about speed. Those events include the 100/110 hurdles, the 300 hurdles, the 100, 200, and 400. You probably wouldn't want to run anything longer in Phoenix in the summer, anyway.

The actual events take place June 22 and 23 at Chandler High School. You know, the Chandler that was somewhat dominant in the brief history of Nike Track Nationals. They don't look at track as a sideshow at Chandler; track is the main event there, and this meet is an expression of that sentiment.

The list of those headed down from Colorado includes the following: