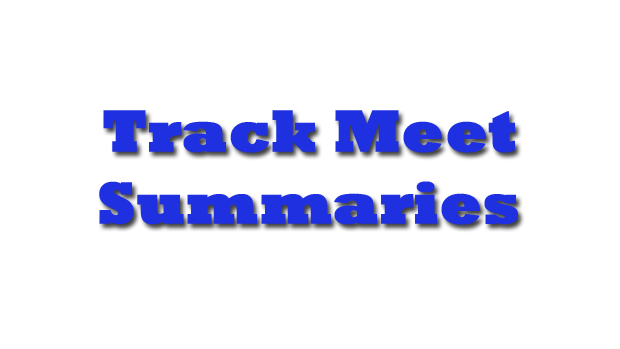 A quick review of some highlights from the action already completed this weekend.

If it was meant to be the showdown at high noon, somebody stopped the clock. Adams State turned Western State aside in nearly every way possible, winning all but four of the section one events. And two of those four events didn't have an ASU entry.

Notching auto qualifiers out of the meet were the Adams State men's DMR at 10:13.32, Carlton Lavong at 7.59m in the long jump and 15.74m in the triple jump, Wesley Lavong at 18.70m in the shot put, Kayon Robinson 24.07 in the 200, and Western's Susan Jackson and Barbara Szabo, both at 1.85m, in the high jump. Numerous additional provisional qualifying marks were set, though not necessarily season-best marks for the athletes in question or marks that will end up shipping the athletes to North Carolina in another six weeks.

ASU's Matt Daniels, however, did run 1:53.55, which converts to 1:52.01 for qualifying purposes. While that is not an auto qualifying, it does put Daniels at #2 currently on the NCAA DII qualifying list. Jovanny Godinez's converted 3000 meter time of 8:17.25 parks him at #3 on the qualifying list for the moment. The ASU women's DMR team just missed an auto qualifier, but posted the nation's top time in the event at a converted mark of 11:45.08, less than a second off of the auto qualifying standard.

This article will update through the weekend as more results are finalized.