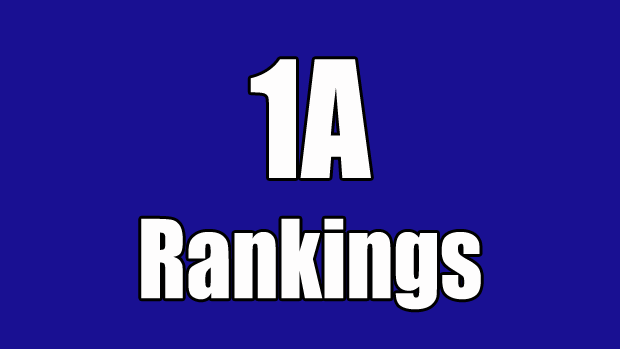 Colorado Track XC preseason rankings takes a look at 1A.

1A is likely the most difficult of all classifications to rank. The difference, plus or minus, of one person on a 1A roster can sometimes make all the difference in the world. So, we proceed with caution, but 1A deserves a preseason rankings article every bit as much as every other classification.

1. Springfield - I'll go with the Longhorns at #1 in large part because their roster has the depth to score in several individual events and still post big points in relays. In 1A, that's a rare commodity.

3. Heritage Christian Academy - On paper, this team is weaker than last year's team, but Joe Packard's teams have never finished the season where they started. This team could well be challenging for a state title by the end of spring.

4. Granada - Koy Palmer, of course, is the big gun, but the Bobcats have enough other ways to hurt you that this is not at all a team to be taken lightly.

5. McClave - Gabe Longworth is back for another year, and that should mean a bundle of sprint points for McClave.

6. Stratton/Liberty - Rivaling Longworth as a standout 1A individual is Kyle English, easily the best long and triple jumper in 1A.

7. Walsh - The Eagles won back-to-back state titles not very long ago. There are still guys who can put points on the board on this team, but right now the numbers game seems to have Walsh at a disadvantage against some of the bigger 1A programs. Still, don't be surprised to see this team climb a little from #7.

8. Sangre de Cristo - Newly down from 2A, the Thunderbirds figure to make decent advantage of numbers. Like Walsh, we shouldn't be surprised if this team exceeds its preseason ranking.

9. Pawnee - This one appears to be largely a matter of how far distance runner Luke Duggan can take this team.

10. Idalia - Look for big contributions from the pole vault and from middle distance phenom Erick Enriquez-Acosta.

1. Shining Mountain Waldorf - Like Springfield on the boys side, SMW wins the numbers game. And, they have talent to put up big points as well. And, last year's rivals to the throne are rivals no longer--for a few different reasons.

3. Heritage Christian Academy - The sisters Rairdon return. Between the two, they can make a battle of this, but it's likely the Eagles will need at least one more solid point producer to keep pace with Shining Mountain and S de C.

4. Plateau Valley - Quietly, PV takes over from Dove Creek as the Western Slope's top 1A girls team. The Cowboys should be able to score across a nice variety of events, but can they score enough to keep pace?

5. Idalia - Beware of the Idalia relays.

6. Eads - Proving that a great 1A throws program can keep you in the hunt.

7. Prairie - What Eads is to throws, Prairie is to jumps. Maybe these schools should consider a co-op program? Um... the map says no dice on that.

8. Elbert - Year in and year out, this has been one of the best 1A girls programs, but graduation hit hard last spring.

9. Wiley - The transfer of a key athlete to Lamar hurts in a telling way, but there is still some talent remaining in the house.

10. Arickaree - Haley Dietz and Sarah Myers make for a potent pair. If the pair becomes a trio, this team climbs the ladder.