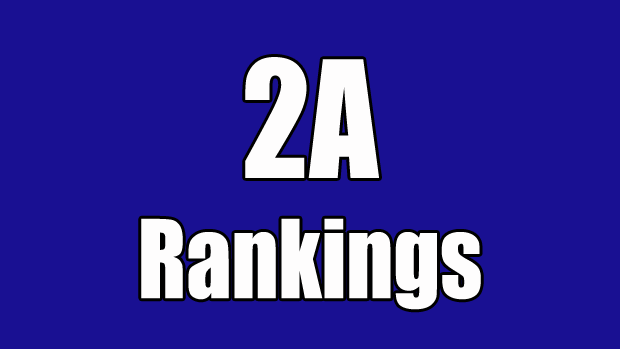 Colorado Track XC Preseason Rankings Put 2A under the Spotlight.

Can the Paonia girls stay on top on more year? Who will fill the void left by the migration of Lutheran to 3A? These are questions only the season can answer, but we can make best guesses at how the teams will sort themselves out now.

1. Paonia - As the old saying goes... still champions until someone beats them. And it may take a while for someone to beat them.

2. Highland - The Huskies are a very good team and should be able to put points on the board in bundles, but they don't appear to match Paonia's breadth of ability to score.

3. Cedaredge - Another very talented group of individuals. We'll get several early-season looks at how the Bruins stack up against Paonia, since the two schools are cross-district rivals.

4. Lyons - The Lions need more than distance and Lauren Simms to make a run at a title. We'll see what develops this spring.

5. Wray - The Eagles, already a good team, should get a decent boost from their freshman class. Wray could cause some problems at state for the teams listed above them.

6. Yuma - Like Cedaredge and Paonia, Yuma and Wray should see plenty of each other early in the season and we figure to get nice reads on how the teams stack up against each other.

7. Hotchkiss - The Bulldogs graduated way more than anyone should have to graduate in one year, but Kelly Cowan always finds a way to build a competitive team.

8. South Park - If Kacey Buttrick and Emma Naylor find some scoring support, the Burros could be an upwardly mobile team this spring. That's impressive when you're already the second highest high school in the state.

9. West Grand - Even if Tabor Scholl is the only one who scores at state, which isn't necessarily a foregone conclusion, this school will be among the leaders.

10. Akron - Akron may have fallen off a little from the powerhouse kind of teams they fielded in the previous decade, but you still don't want to take this program lightly. It's probably not too far afield to look for a revived pole vault presence from this program.

2. Lyons - One team you don't want on your heels is Lyons. The roster seems thinner than in years past, but there are definitely guys who can put points up in a hurry. Still, Lyons will need to extend some guys a little to keep pace with Cedaredge.

3. Rye - Rye's big opportunity came last spring, but the relentless sprints of Lutheran wore the Thunderbolts down before they could claim a state title. Rye took some big hits to graduation. They're still a potent team, but they have some rebuilding to do.

4. Telluride - In John Broadhead and Jack Plantz, Telluride has two young men who can make some serious noise at state. If there are more in the works, this team could move up from where we find them now.

5. Hotchkiss - Read above about the Telluride girls. The same applies here. The boys didn't lose as much at graduation as the girls, but the rest of the story reads much the same.

6. Paonia - The Eagles gave a little glimpse of what might be happening this spring at the Western State High School Indoor Open. Two guys you want to keep a close eye on go by the handles of Katzer and Hillman. The boys do not have nearly the depth that the girls have, but there is definitely some talent here, and you know this is a well-coached team.

7. Yuma - Not that Brandon Hinkle is the only arrow in the quiver, but have you been paying attention to his pole vault this winter? You should have been. Yuma could surprise some folks this spring.

8. Resurrection Christian - Too strong of a program to slip very far--even if they did feel the sting of graduation last spring.

9. Meeker - Trenton Shelton is back, and without Lutheran to contend with in the sprints. And, if you kept an ear to the ground during cross country season, you know that the Cowboys have been developing some distance talent.

10. Merino - Barely a 2A school, Merino probably qualifies as the smallest school on this list. Jorden Jole is the big presence here, but Merino will need more than Jole to climb above #10.