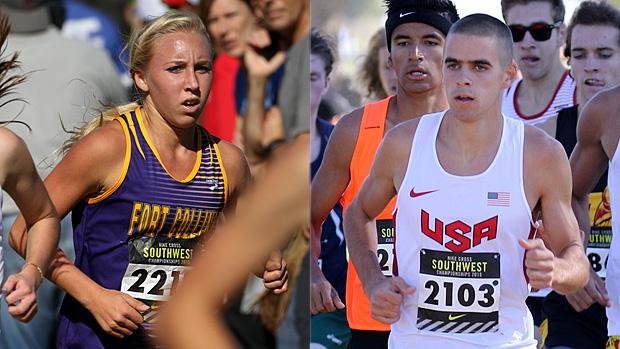 We knew going in it would be a tough field. And the field lived every bit up to expectations.

For the second year in a row, Lauren Gregory found her way through a loaded field to a trip to San Diego in two weeks. This year, Gregory rolled to an 8th-place finish in 17:42.9. While it does not replicate her second-place 17:27 finish from last year, it does take her the next step.

Paul Roberts ran sub-15 for the second Saturday in a row. This time, his effort was good enough for second place at 14:57.7. Roberts, too, now advances to San Diego in two weeks to tackle the hills of the fabled Balboa Park course.

For both Roberts and Gregory, it figures to be a very busy next two weeks as both are slated for appearances in Portland for NXN this coming Saturday.

Just missing the cut for a trip to San Diego was Denver North's Kayla Young. Young improved on her 12th-place finish from last year, but only by a single place. Number 11 stays home, while number 10 goes. Young missed 10th place by less than two seconds, finishing in 17:51.1.

For Colorado's boys, the only top-50 finisher besides Roberts was Ben Butler in 18th. Butler's time of 15:38.4 missed this year's qualifying standard by just over 18 seconds. No other Colorado boys finished in under 16 minutes, with Joseph Krafsur just missing in 62nd place at 16:01.7.