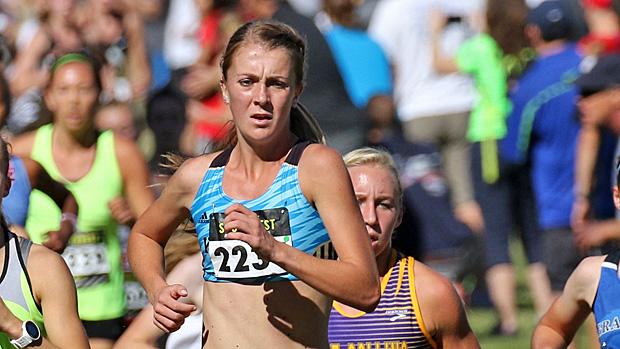 Katie Rainsberger could join a very exclusive club with a top-20 finish at Nike Cross Nationals on Saturday. Photo by Alan Versaw.

As the 12th Nike Cross Nationals (formerly Nike Team Nationals) event closes in on us, it's time to recognize a relatively short list of outstanding athletes--those who have competed at NTN/NXN either four or five times.

This feat was first accomplished in 2007 by Kristin Sternhagen of Yankton, South Dakota. The list would remain at one until 2009 when nine more were added to the list in a single year, including the first two males--Pat Zacharias and Kyle Pittman, both of New Mexico.

Since 2009, every year has seen additions to the list of four timers. Courtney Chapman became a five timer in 2010, as did Keelin Hollowed in 2012.

The believed-to-be complete list of four and five timers to date follows: