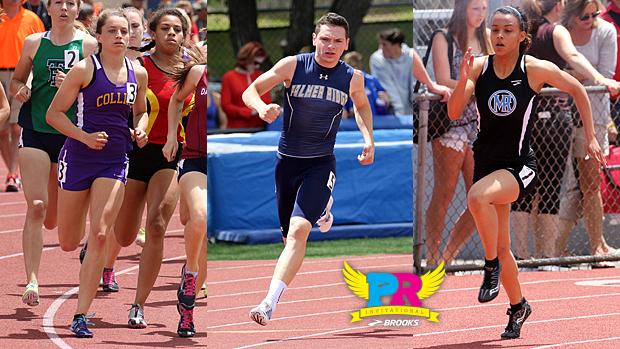 The 400 meters at Brooks PR will have a distinctly Colorado feel to it, with Becca Schulte, Caleb Ojennes, and Mia Coats all competing in the event. Photos by Alan Versaw.

If you were from Colorado and wanted a Golden Ticket to the 2016 running of the Brooks PR meet, you probably should have invested heavily in the 400 meters.

For those who did, things paid off nicely. Three of Colorado's five Brooks PR invitees will be in the 400 meters. Those individuals are Mia Coats, Becca Schulte, and Caleb Ojennes. For each of Schulte, Coats, and Ojennes, this is a return trip to the Brooks PR extravaganza.

Also representing Colorado on June 18 will be Brie Oakley in the 3200 and Emily Sloan in the 100 hurdles. Oakley, of course, wasn't even involved with track a year ago and so this will be a debut appearance at Brooks PR for her. Sloan, on the other hand, has been skimming hurdles for several years, but this will be her debut appearance at Brooks PR.

The entire meet will be streaming live on the MileSplit network as a free broadcast.