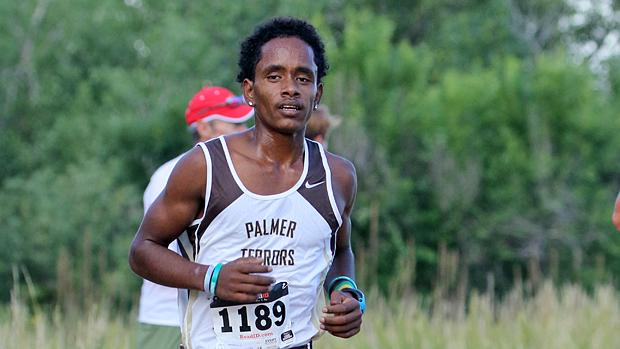 In this, and a few articles that will follow, we will take a look at 2016's surprising cross country teams. Each season brings a few teams bubbling to the surface in a way we didn't necessarily expect.

The first on the list of surprising teams for this year is the Palmer Terrors. Palmer earned this distinction by claiming the 5A Boys team title over other favored schools at last week's running of the Cheyenne Mountain Stampede.

After a long summer of work--and, as someone who gets around Colorado Springs a little in the summer, I can attest to the fact that Palmer put in their work in June, July, and August--nothing brings the "it was all worth it" feeling faster than a little early success.

Palmer's success was definitely early, and it was more than just a little. An outright win, and not just by a hair's breadth, at the Cheyenne Mountain Stampede is cause for celebration.

It wasn't at all that way last year. Palmer limped to the end of their season with an 8th-place regional finish. Five teams advanced to state. Palmer wasn't close, not even remotely close. Compounding the gloom, the Terrors top guy, Ben Walth, graduated last spring.

Palmer wasn't on anyone's list to be a problem at the Stampede.

The transformation was worked over the summer and started showing up in late August.

You wouldn't have known about it unless you were there, but the first big hint came at the Doherty scrimmage, where Awet Beraki ran a strong, and surprising second. The gap on third place was enormous.

Lots of folks, like me, were asking, "Who is that?!" It's not that Beraki hadn't previously been part of the Palmer cross country and track teams--he had--but because he had previously been a middling kind of presence that didn't attract a great deal of attention.

He definitely earned some attention at the scrimmage.

But, you know how scrimmages are. Very few teams come in uniform so, unless you have a personal investment in a team, you don't really get much of a feel for how that team did. So, it was with Palmer at the Doherty scrimmage. I asked Coach Gilliam after the scrimmage if that was Beraki up front, but I really had no idea how the rest of the team had done. Without the familiar brown-and-white Palmer singlets, there was no way to tell. Honestly, I might recognized two of their varsity guys.

And, I think scrimmages are supposed to be that way.

So, six days later when I dropped in at the 5A Boys race at the Cheyenne Mountain Stampede, I wasn't at all surprised to see Beraki among the leaders of the race (though I later found out he barely made it to the race). What I wasn't prepared for was the wave of Palmer singlets that followed through the top half of the field. 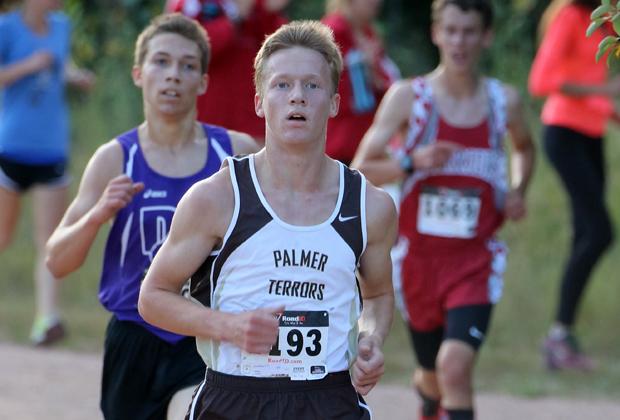 Andrew Bentley, last year's #2 guy for Palmer came roaring through in eighth, just three places behind Beraki. Max Robinson and Will Schenk snared places 22 and 24, respectively. It's hard to do real accurate mental math when guys with all different colors of singlets are passing by, but the thought of Palmer finishing high among the teams began to crystalize in my head. The thought of a win was still completely off the radar screen.

Then Jackson Lessig slammed the door shut on the Terror scoring in 27th and under 18 minutes. Five guys under 18 minutes! I'm not sure Palmer accomplished that feat all last season. And, on the Norris Penrose/Bear Creek Park course, no less.

"Well," I thought, "Rob [Gilliam] is gonna be pleased." I still had no idea that Palmer would win, only that they had done very well. I figured Legend had the win in the bag--I'd also seen lots of blue singlets passing by.

As I waited out on the Bear Creek Park side of the course for the next race, I heard the top teams being announced over the loud speaker at the stadium. My jaw dropped when I heard Palmer announced as the winning team. And, I instantly thought of the time this team had invested, some of it right there in Bear Creek Park, over the summer.

Good things truly do come to those who work for them. 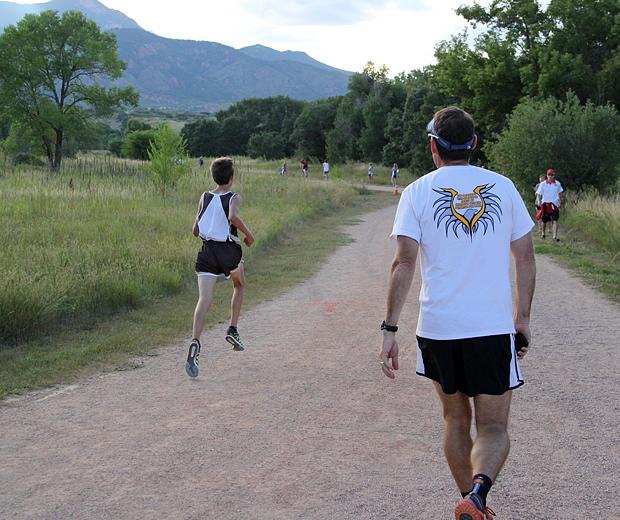