Nothing at the opening day of the 2014 Colorado State Track and Field Championships generated as much buzz and conversation as the train wreck at the fifth hurdle of the 3A boys 110 meter hurdles prelims, first heat. Photo by Eric Versaw.

In the embedded video you can see for yourself, and draw your own conclusions, exactly what happened at the fifth hurdle of the first heat of the 3A boys 100 meter prelims. What isn't open to interpretation is that Holy Family's Ryan Willis was DQd for obstruction and the runners in lanes 3, 4, 6, and 7 (Ivano Del Piccolo, Trevor Lyons, Andy Bowles, and Will Schmidt) were awarded a rerun, from which each made the finals of the 110 hurdles. 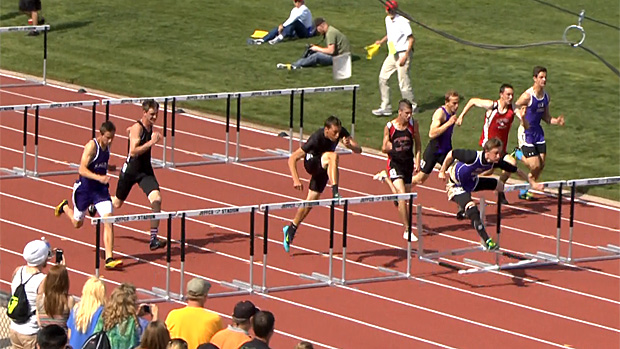 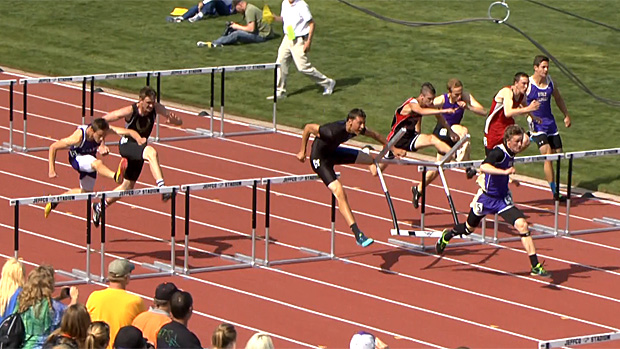 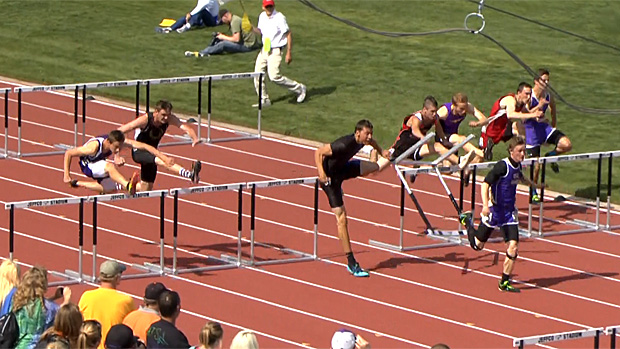 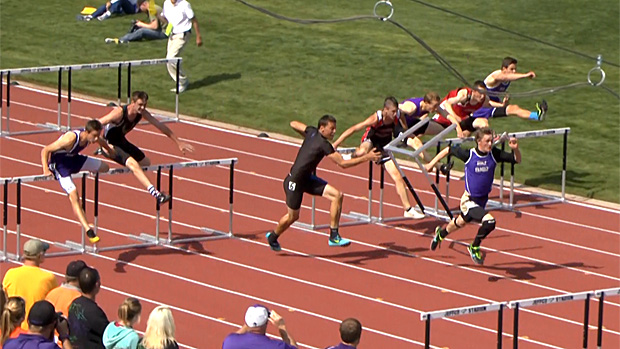 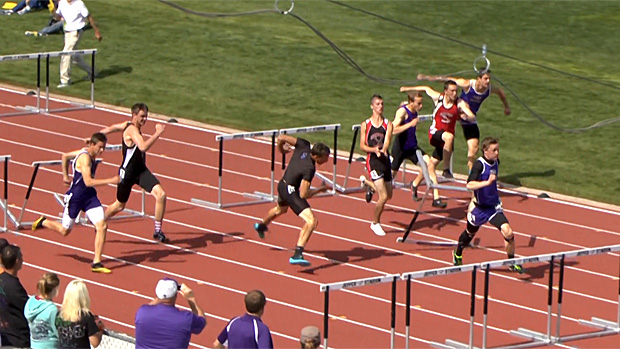 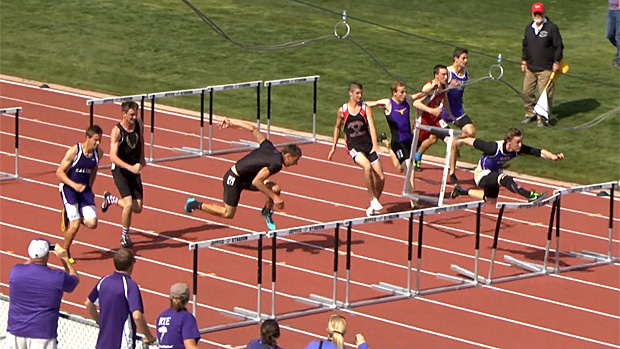 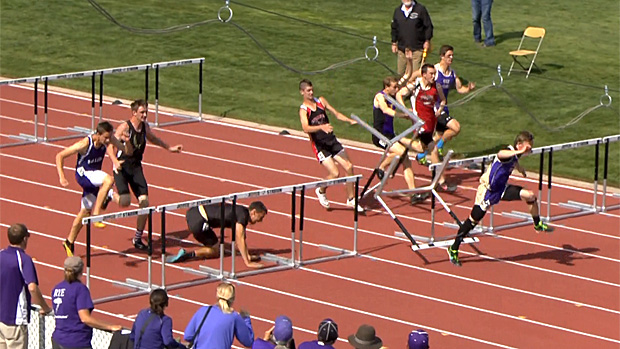 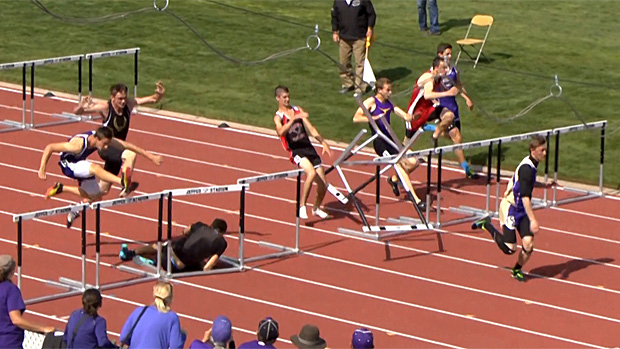 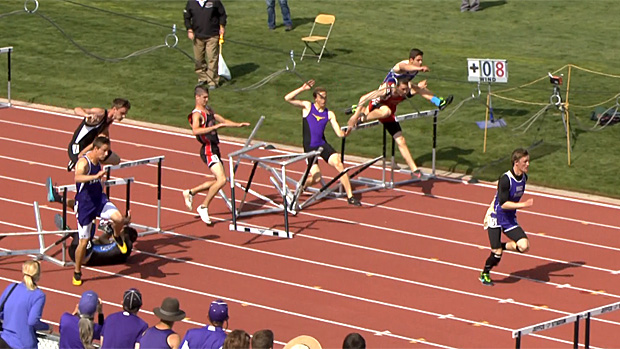