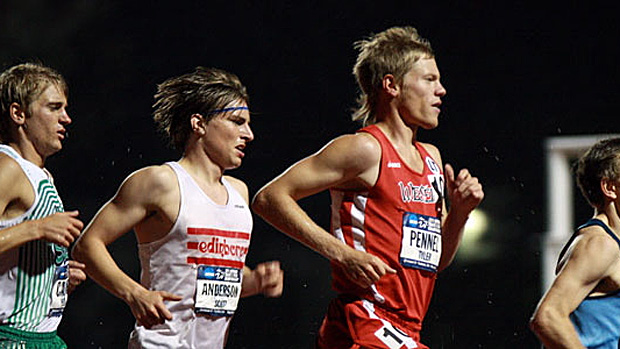 NEW ORLEANS – Western State College senior distance student-athlete Tyler Pennel is on the list of 19 collegiate student-athletes for receiving mention in the latest Bowerman Watch List released today by the U.S. Track & Field and Cross Country Coaches Association. The award is presented to the most outstanding male and female collegiate track and field athletes in the nation.

Pennel was the national runner-up at the cross country championships last fall behind teammate Ryan Haebe and helped the Mountaineers claim a ninth national team championship. He's a two-time national runner-up in the 5,000-meter run at the outdoor championships and has won nine All-America honors in his career. He's a nine-time All-RMAC academic student-athlete and has earned a spot on the first team three times. Pennel is also completing his second semester of student teaching middle school history at the Gunnison Community Schools for his education degree.

The Bowerman debuted in 2009 and is named for Oregon's legendary track and field coach Bill Bowerman. The award is selected by members of the national and regional media, track and field statisticians, NCAA collegiate administrators and presidents of affiliated administrations. The USTFCCCA staff and fans also combine for one vote each. No Division II student-athlete has been among the three finalists for the award, which is presented during the annual convention in December.