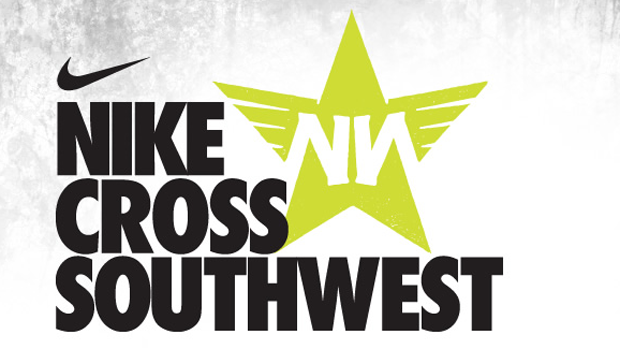 Once again, we hit the road across the Great Southwest. Really big and meaningful meets were difficult to come by this weekend, but I'll tell you what we turned up:

Utah's state meet is this Wednesday (yes, it's early and it's on a Wednesday--if you're from Utah please feel welcome to fill us in on the history behind both of those curious facts), so last week was studded with regional qualifying races. Since Utah's regionals don't eliminate many teams, there's not much in the way of necessity for top teams to go hard at their regional races. There's a long list of regional races linked on the front page of the Utah site, but the short story is this: the following teams advanced to run again this week: American Fork (boys and girls), Davis (boys and girls), Bingham (boys and girls), Herriman (boys and girls), Mountain View (boys), Ogden (boys and girls), Orem (girls), Mountain Crest (girls), Park City (girls), Bonneville (boys), Desert Hills (boys), and, of course, many more. In short, Utah's regional meets revealed nothing that hasn't already been revealed this season.

You will find out (almost) all you want to know about these teams on Wednesday.

It's almost as difficult to read something useful out of Colorado's races this week as it is Utah's. Colorado was in the middle of league meet week. Some teams rest up during league meet week. Other teams figure they can get to stay without pressing hard at regionals and turn up the amperage at the league meet. Two teams that otherwise appeared to be running hard either had a sub wearing the bib of a regular varsity runner or uncharacteristic races turned in by those regular runners. Those two teams would be Cherry Creek and Mountain Vista. Fairview sat a couple of their regular guys. Fort Collins pinned their ears back and went all out. Monarch rested everybody on their varsity squads. Pine Creek's girls cruised through their league meet.

Check out the 4A division of the Colorado Springs Metro League meet and you may find another team worth watching in Coronado. Although the competition was not as robust as it could have been, it says something when you score the top seven places in both boys and girls.

If you're scouting New Mexico (and you should be--the Land on Enchantment is on a big rebound after a couple of relatively down years in the cycle), there are two meets you want to know about. One was the Los Lunas Invitational. Mostly this one was an exercise in utter and complete domination by Los Alamos. Both boys and girls. So, that raises the question--why was Los Alamos able to dominate things so completely in that meet? There's a two part answer to that question. One, Los Alamos--and especially their boys team--really is that good. Two, all the best competition was sequestered at the Albuquerque Metro Cross Country Championships. That would include Albuquerque Academy, Cleveland, Eldorado, St. Pius X, Rio Rancho, La Cueva, and a few more.

So, how did the big meet in Albuquerque go? There were two big winners--the Cleveland boys and the Eldorado girls. Albuquerque Academy ran second in both races, but it would appear that Cleveland and Eldorado are two teams starting to hit their stride. Neither contest was especially close.

It wasn't an especially big weekend of cross country action in Arizona. The Doug Conley was the big show in town. Xavier, playing a well-rehearsed tune, ran their B squad and cleaned up on everyone else's A squad. Such is the place of Xavier among Arizona's distance programs. Desert Vista was a distant second, the rest were further back yet.

The boys results were more interesting. Rio Rico took a substantial win over Tuba City. This was a good piece of information to learn as Tuba City is in northern Arizona and for them to travel down to the Valley of the Sun and run against the bigger schools represents a good opportunity to learn a few things. Maybe some Phoenix-area teams will travel up to Tuba next year and run there? That would be fun, I think.

Highland's boys finished third and Desert Vista finished an inexplicable fifth. And, yes, Desert Vista had their big guns in the lineup. About the same thing happened to DV last year at about the same point in the season. Curious.

Elko's girls (remember them from last year?) ran well at their own invitational. I can tell you that Shelbie Dorsa ran 18:58, and the rest of her scoring teammates ran between 19:56 and 21:38. Elko is clearly one of the best teams in Nevada, but that gap will produce problems against other top Southwest region schools.

As an aside, I can only imagine what scheduling is like for Elko. In a very large state, you have the Reno/Carson City group of schools, the Las Vegas group of schools, and you have Elko. Look it up on a map sometime and see what I mean.

I struggled, and then ran out of time, to find results for Centennial or for the traditional powers in the Reno area. This would usually mean these schools went over into California to spend the weekend. Some of these kids must wonder what it would be like to spend a weekend in Nevada.