Paul McMullen was not a star coming out of high school, in fact he attended Eastern Michigan with just a $600 scholarship at first, but he made the most of his chance. Having been a successful football player in high school Paul may have looked more like a tight end than miler at the elite level, but he competed, and beat, the best of his time. He was National Champion at 1500m in 1995 and 1996. Despite losing two toes in a lawn mower accident in 1997, he competed until 2001 when he set his lifetime PR of 3:33.89 and placed 10th at the World Championships for a second time. Currently Paul is a Cat-2 cyclist and entrepreneur. His latest company called TruthLocker, helps solve the bullying epidemic.  This edition of Pro Tips Milesplit had the privilege to talk to Paul about his career, injury and using his size to his advantage while competing at an elite level. 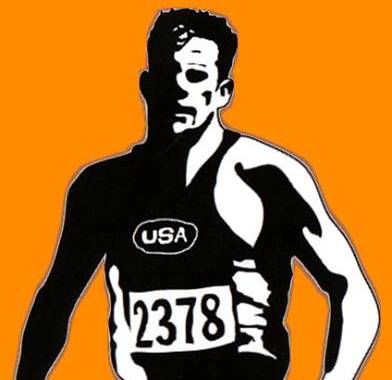 Milesplit: Tell us a little about your college recruitment process, how did it shape your running career?

Paul: My college recruitment process was not well planned. I was lucky to get in with the university I did. My high school mentor, Mark Smith, was the 1988 Olympic alternate in the steeplechase. Mark discovered I needed to work a little harder, but had a good mentality in racing. It made sense for me to take a visit to his alma mater Eastern Michigan. When I saw the history of success they had I began to see myself in that role. I met with Coach Parks and the team. The guys came from several parts of the world and that excited me. I actually wasn’t pursued by a lot of other colleges either. Until state I had only run 4:24, but I won state in the 1600m and was 2nd in the 800m and 4x800m with a quick anchor leg. Even after that I only had a couple of scholarship offers but I had already committed to Eastern Michigan. It shaped my career since I had to earn the scholarship. I saw athletes with full rides crushed under the pressure to perform. Eastern Michigan was on the reward system Coach Parks recognized our contribution at conference and NCAA’s If you didn’t perform, you might lose your scholarship. I worked hard and earned my way up the latter.

MS: Did you have a breakthrough moment? What did you take away from it?

Paul: Coach Parks sometimes would have a feeling about a guy. Coach parks put me in that race with a time 6 seconds faster in 1500m to get me into the fast heat. It was both a vote of confidence and a little pressure. It worked out great. I went into that race and won. Sometimes as an athlete you need your ego checked by being put in a slow heat to learn the fundamentals, sometimes you need to be in a little bit above your head. I saw I could compete. Only three weeks later Coach put me in a race with Bob Kennedy, Jim Spivey and the #1 ranked guy from Wisconsin. I came in third to Spivey and Kennedy. We trusted each other. Going into the Notre Dame race I had a 3:55 PR, I ran 3:49 there and a couple weeks later I was down to 3:40. Runners need to spend time in easier races to establish a race mentality. Coach was like “I want to watch you to make sure you execute.” If you did well you got put in a time trial where you could get beat, but you had to fight to hang on in those. So often now days coaches aren’t courageous enough to put a big name recruit in a slower heat. You skip over the part about learning to win races against the next level and just time trial. You need those experiences, conference races are races of actual racing. It was true then and it’s true now. I do the exact same thing with my cycling today that I did then.

MS: From your football background you were a little larger than most other runners, how did you use your size to your advantage?

Paul: No one understood how I was able to run fast and not train at altitude, but in January, February and March I was 200 lbs. Come May I shed that weight down to 175. It was like I had been running around with a 25 lbs back pack, or parachute or something. Training like that helped improved my V02, and with the same power I could run faster. I also was never worried about being bumped, and when I was I remained calm. Other might get flustered, but I was confident. Even if I feel I knew I could get up and compete to the finish line.

MS: Being larger, and not afraid to fall, did that affect your race strategy at all?

Paul: My strategy was to win and to break down my opponents. I wanted to break down their strengths and weaknesses. I wanted to defend against my opponents strengths and capitalize on their weaknesses. To be good you needed to time trial well and you needed to race well. Racers can win from the front, middle, or back of the pack. Time trialists need it to be fast, there not to be a lot of changes in positioning, and they just hope their fitness can outlast everyone else. Occasionally they do win. My coach said it doesn’t matter how the races goes, I could win from wherever. At USA’s I could handle anyone. When I went over to Europe they’d run 1:52 to open, man that hurt. We just couldn’t compete against them. With their testing they could do anything they wanted during the winter.

MS: Do you think the recent resurgence in US distance running has to do with testing?

Paul: Absolutely! Since the athlete passport program has come out they know what your blood counts should be. In the USA we have always had tough testing, I can’t think of a middle distance runner we have had busted here. Now they are on the same playing field as everyone else. Kids don’t have to worry about working hard knowing someday they will have to cheat if they want to win at that level. You don’t have to compromise your morals; they’ve level the playing field.

MS: During 1997 you had your toe cut off in a lawn mower accident, how did you fight to overcome that and run faster than you did before?

Paul: The most difficult thing with any injury is trusting your body again and pushing it again. When I lost my toe it shatters your dream. That was a real fear of mine. You have to prove to everyone you can do it and that you’re not an idiot. I had to admit to myself and publically that I was terrified that I’d never run fast again. I told both coach Parks and the Eastern Michigan Cross Country team about my fear. After that the mental block was gone and it allowed me to run fast again.

MS: You have been successful with running a small business and other endeavors after your running career, what did running teach you that has helped you later in life?

Paul: I think things that are important and worthwhile take time. You might have to commit four, five even six years to something. You can’t lose heart thinking gratification will come sooner. Us runners know that 98% of running is done while you are alone, it’s cold outside, your leg might be cramping, your shoe might need an adjustment to fit, it’s not easy. Runners are good at being uncomfortable for something better in the feature. I always like to tell people, “Dream big, but you better work hard.”

See other Pro Tip articles below:

Matt Williams on Winning as an Underdog

Drew and Ned Ryun on Racing in Someones Shadow