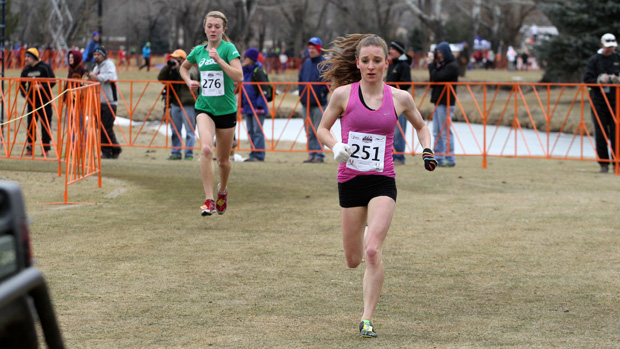 For a couple hundred meters, there may have been a sliver of a doubt. Just a sliver, though.

By 1K into the 6K race, however, Cranny had broken from everyone but Katie Rainsberger, and it was clear that Rainsberger's remaining time in contact with Cranny was going to be limited. The rest of the way, it was mostly a matter of how much time Cranny would put on the field, a field dominated by NCAA DI freshmen. In the end, it would be nine seconds short of a full minute she put on the next closest finisher.

Had Cranny needed to go faster than 21:14, she probably could have. Little about her race seemed maximized except, perhaps, to those who had the unenviable task of trying to follow her.

Two Furman and one Wisconsin singlet took up places behind Cranny before Rainsberger finished in fifth in 22:22. Following Rainsberger were a UCLA singlet, a Wisconsin singlet, and then Lauren Hamilton at 23:12, rounding out Colorado's top ten finishes in the Junior Women's race--all three current high schoolers. 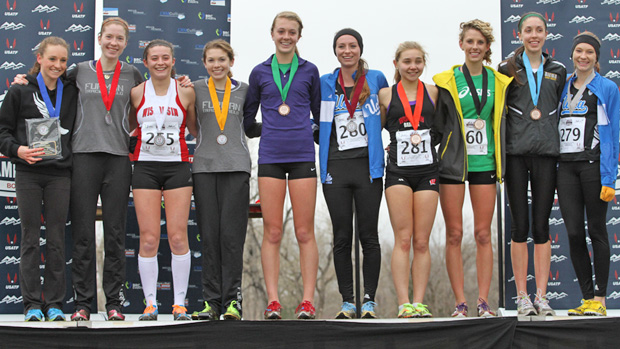 Following a quick awards ceremony, Cranny departed for the state swim meet finals. Cranny would help her Niwot teammates to a 12th-place finish in the 200 Medley, plus 5th-place finishes in the 200 and 400 Freestyle relays as Rainsberger, Hamilton, and a handful of other Colorado high school entries cooled down and enjoyed what the day had delivered.

Shortly after the Junior Women were done, the Junior Men took the course. The top two high school finishes there belonged to John Dressel and Estevan De La Rosa, but Colorado's Bailey Roth nailed down a 9th in 26:14. Next up in the Colorado order were Marcel Such, Ben Butler, and Ethan Gonzales in 15th, 16th, and 17th, respectively. For Such, in particular, it was a very successful first race back after a period of being a little nicked up.