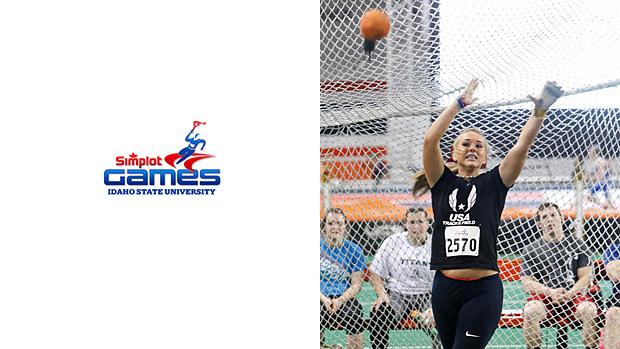 Reporting on Colorado's efforts at the 2015 Simplot Games.

In early Thursday action at the Simplot Games, Haley Showalter successfully defended her meet title from last year in the weight throw with a winning toss of 57-11.75, about a foot short of her all-time best mark in the event. That should put Showalter at #3 nationally for the indoor season.

Other early action saw the prelims of the 3200s. Colorado was almost completely absent from both the boys and girls prelims, but Duncan Barnhill did run a 10:12.32 for 26th. That was not good enough, however, to advance him to Saturday's finals.

Noah Riley was the lone Colorado entry to qualify for finals in the 1600. Riley's 4:32.07 placed him 19th among the boys running in the 1600 prelims. Two places ahead of Riley was former Colorado athlete Sam Berg at 4:31.52.

In girls 1600 prelims, Tabor Scholl posted the top time of 5:04.44, four seconds ahead of Lucy Biles out of Utah. Other Colorado athletes advancing include: Lauren Offerman, Olivia Rogers, Kiah Leonard, and Erica Petersen. Peterson, by the way, took the final qualifying spot at 5:26.53.

Mountain View had a couple of entries in the boys weight throw, but no placing results came of that.