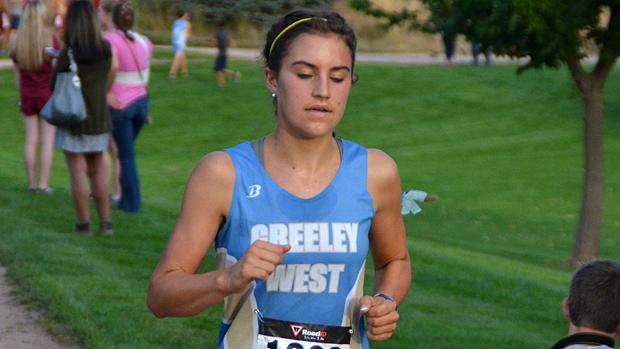 DiAnna Rowe finished better than 20 seconds ahead of second to claim the City of Greeley individual title. Photos by Ron Eberhard.

When it came down to picking winners, there were no big surprises. Team crowns went, as expected, to the Greeley West girls and Frontier Academy boys.

The only thing that may have registered as unexpected would be the narrowness of the margin by which the Frontier Academy boys slipped by their rivals to the throne from Greeley West. 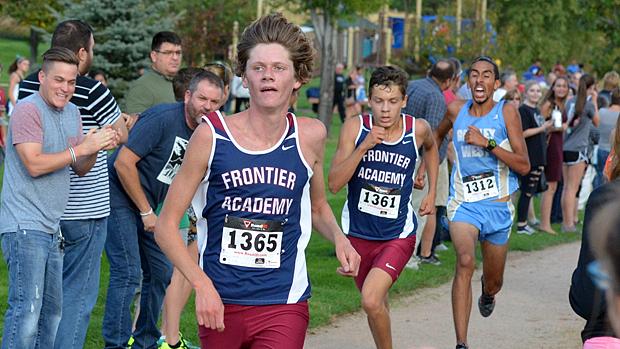 Frontier Academy looked invincible through four. Josiah Davis, Isaiah Remington, Cody Jones, and Dahlton Akey went 1-2-4-8 and built a seemingly insurmountable lead on the competition. But, the Wolverines needed just about all of that lead to keep Greeley West in second.

The Spartans responed with Levi Antuna, Andrew Wethington, Andrew Rome, Nate Evans, and Jayden Martinez in 3-5-9-10-11. And, still no #5 for Frontier Academy. For a few seconds, the Spartan faithful dared to hope.

Those hopes, however, were dashed by Chukwuzulum Nwizu in 14th. At that point it was all over, with a relatively narrow 29-38 decision going in favor of the Wolverines.

No such suspense attended the girls outcome. There was an awful lot of light blue at the front of this race.

The Spartans were led by DiAnna Rowe in 20:38. Lilly Casas and Maria Geesaman followed at 3 and 5. Emily Hopwood and Sandra Tapia did the tidying up at 10 and 11. 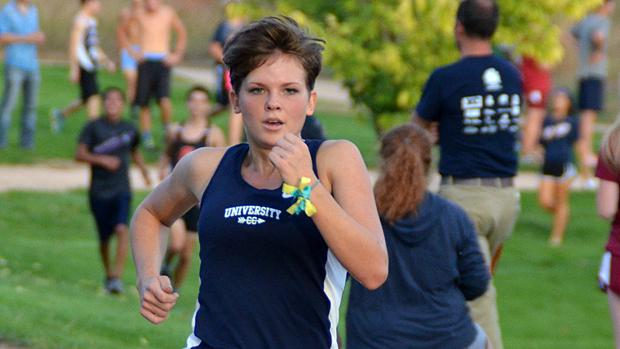 Jessica Peters of University ran second. Frontier Academy managed to squeeze three into the top ten, but a too-large 3-4 gap consigned the Wolverines to fourth place. Even in only a five-team meet, Greeley West managed to build a margin of 35 points on second.