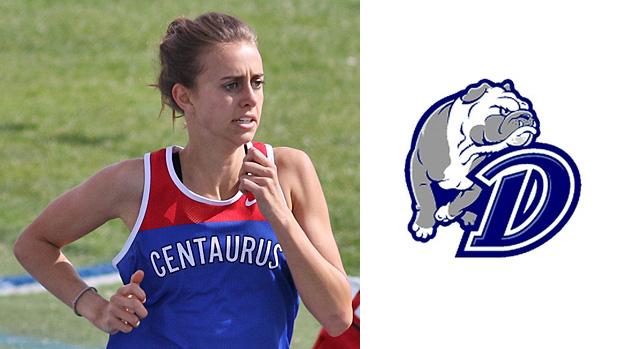 Olivia Rogers hopes to keep the mile, and its close variations, on her agenda in college. Photo by Alan Versaw.

Start by telling us what made the decision for you for Drake University...

It had the perfect mix of academics and athletics for me, a place where I could excel in both areas. I got along really well with the team and the coaches and fell in love with the campus. I also had a really good experience with admissions and the class I sat in on, so I knew I would supported by the Drake community.

What is your planned field of study at Drake?

I plan to major in International Relations as well as be in the pre-med track.

In track, you've been solidly middle distance, yet you've done well at 5K cross country as well. Have the coaches at Drake given you any indication where they see you fitting into the picture there? Does it figure to continue to be middle distance in track and longer distances in cross?

Which is your favorite race, and why?

My favorite race is the 1600m. I love it because it's really fast but there's enough time for the race to have some strategy as well as pure competitiveness. I have had the most success in this race as well and it's a fairly new race to me since I've only run it for two seasons so far.

If you had to pick a highlight moment of your high school career so far, what would that moment be?

That moment would be when I ran the 800 at Liberty Bell Invitational last year where I prd, broke the school record and ran the gustiest race I have ever run. I ran 2:21 and started my kick at the 300m to go, where I pulled in front and stayed that way until the finish. As I came across the 400m mark my coach didn't give me a split, he just said, "Today is your day!" I usually kick towards the 150 or even 100m mark so this was very different for me. Earlier that day I had split 2:22 in my 4x800 and this proved to me that I could break our school record which was 2:24 at the time. This time qualified me for state and helped me realize that I had more left than I usually believe I do.

You've done some indoor in the past. Will that be on the table for this winter? If so, do you have any particular goals in place for the indoor season?

I hope this year to run at a couple Air Force meets as well as compete at Simplot. I am focusing on increasing my foot speed so will run the 400/800 until Simplot where I usually run the mile. I am hoping to get back to around 2:20, either in a split or individual in indoor as well as bring my mile time down a few seconds, hopefully around 5:10.