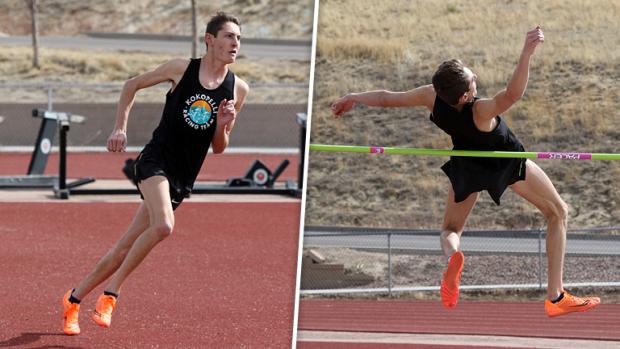 Cal Banta showed off some high jump skills nobody really knew he had.

One of the nice things about a low-key meet is that if you want to enter an event on a whim, you often can.

Cal Banta, a pretty salty middle distance type for Air Academy, wasn't entered in the high jump. But, when the opportunity to take a few passes over the bar emerged, he jumped (literally) at it. Before Banta was done jumping, he had cleared 5-9. And, I promise you those were not high jump spikes he was wearing. 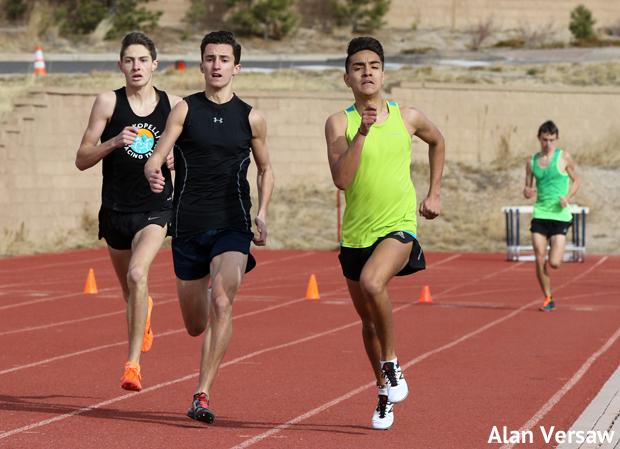 All this came after Banta won what was arguably the most exciting race of the day. The boys 1000 came down to a sprint down the finish straight between Banta, Max Martinez, and Weston Donati-Leach. Banta's wheels came in handy, taking the win by a hair over Donati-Leach at 2:36.9.

Another unexpected emerging talent came from the shot put ring. Rhys Ryba, who handled a few sprint and relay duties for TCA last spring, had to shift to throws this spring due to an injury from football season. In Ryba's first time out, he won the shot put at a rather hefty 41-4. 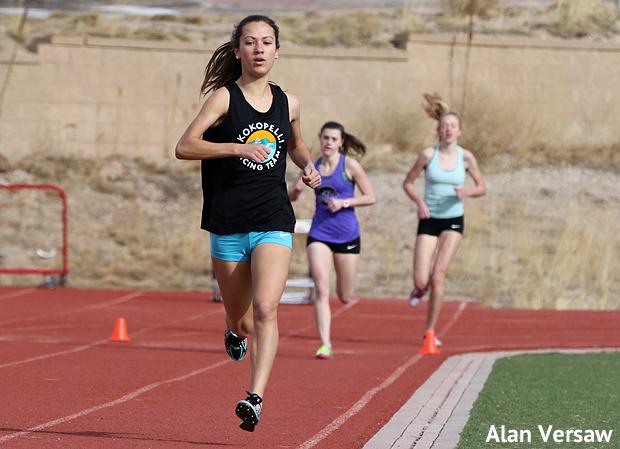 Maria Mettler dared anyone to challenge her in the 1000. Nobody got close enough to take her up on the dare, though. Mettler fashioned a win in a daunting time of 3:04.0.

Much more closely contested was the girls 600, where a ridiculously good February showdown between Quinn McConnell and Chantae Steele loomed. McConnell won this round, 1:37.7 to 1:38.9.

Alex Murphy isn't exactly an unknown quantity any longer, but he still surprises now and then. Today, he surprised with a very quick 1:26.2 to win the 600. Matthew Mettler, another promising freshman, took second in 1:29.7.

Cassie Lynn Bonner of Cheyenne Mountain swept the girls throws, making her blip on the radar screen a bit brighter in the process.

Kieran Nay impressed with a 6:12.1 to win the 2000. Of all the odd distances at the TCA Polar Bear, the 2000 seems the most difficult for athletes to adjust to. Nobody wants to start out at 1600 pace, so the default tends to be 3200 pace, but the race allows for quite a bit faster than that.

In any case, most athletes who have shown up are still figuring out how to pace the 2000. And, honestly, that's part of the point of the event--to throw athletes in unknown situations and get them to simply embrace racing.

A lot of that went on this morning.