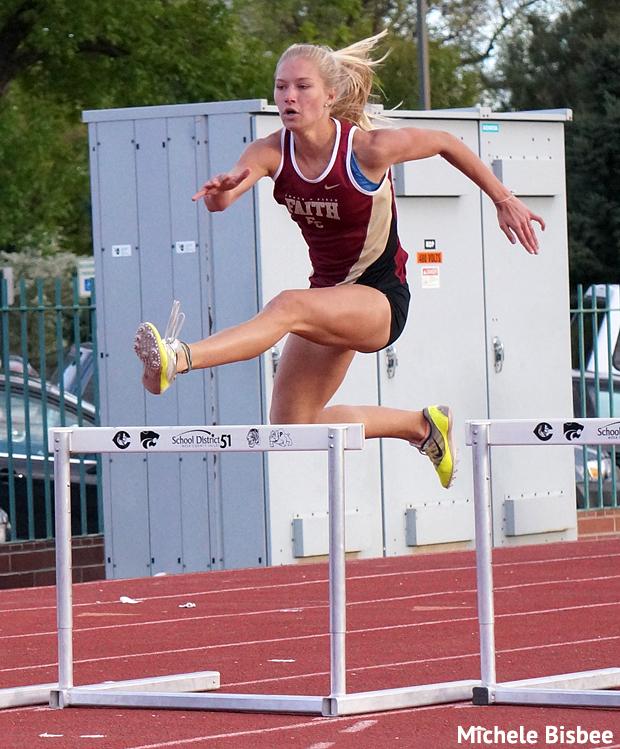 Unplagued by the bad weather hitting most of Colorado, Stocker Stadium hosted a modest twelve team event that welcomed Front Range's 3A Faith Christian. The Eagles took the opportunity to showcase their top talent, taking home six individual titles on the day.

Sarah Yocum was seemingly everywhere on the track. The defending 3A state champ had no problem winning the both hurdles events, took the 200m win, and lost a close battle in the 400 to Montrose's Madisyn Minerich 58.44 to 58.58. She even lent a hand in the exhibition throwers relay. Blazing the final leg in the girls' rendition of a multi-school relay with her platinum hair shining in the stadium lights, her performance caused one on the male throwers to run up to her afterwards and exclaim, "I don't know who you are, but that was … amazing!" To which she reacted with a massive smile. For the record, Yocum does sport shot put stats, so she was a legit entry.

Teammate Shannon King also made quick work of the girls 800 field winning by 10 seconds in near PR 2:23.78.