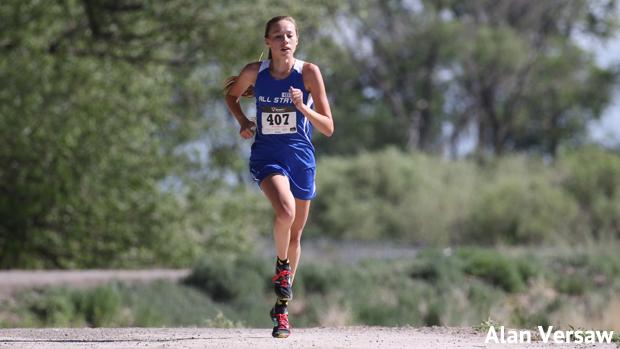 Whatever thoughts Jenna McCaffrey had with a half-mile to go, she was all alone with them.

There was about as much suspense in Jenna McCaffrey's win today as there is likely to be when the Texas State Bobcats invade Folsom Field on September 9 to play the CU Buffaloes.

McCaffrey took a big lead early and made the lead grow throughout the race. In the end, McCaffrey's 19:58 had her 75 seconds ahead of CeAnn Udovich and Ellie Enderle in second and third. Udovich and Enderle had what turned out to be the only closely contested finish of the day.

For the boys, things were a bit more spellbinding--at least in the early going. After a peaceable start to the race where all the competitors seemed content to race in a pack, a series of surges between a quarter of a mile and a mile put an end to all that.

Alamosa's own Oscar Martinez held the lead at the mile. And, while he had the right surname to carry that lead through to the finish line, it was Max Martinez who eventually took things over and built a substantial lead en route to the win. 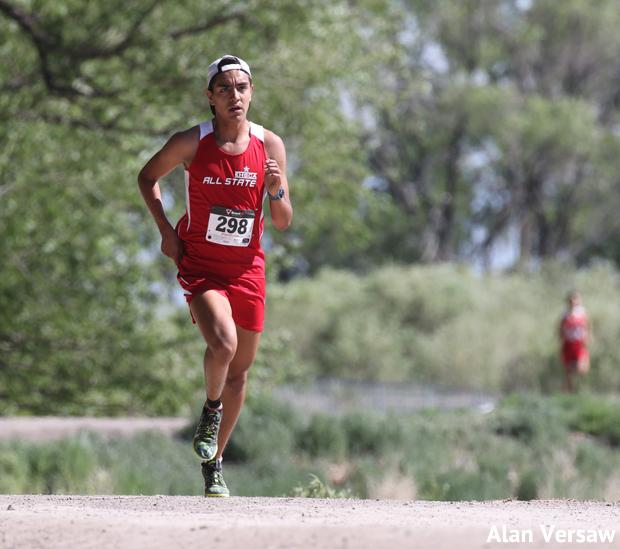 Max Martinez's 16:21 kept him 45 seconds ahead of Justin Andrade in second.

One of the worthwhile parts of taking in this race is witnessing the end of an era that it represents. The most obvious era that ended today was the Alamosa High School reign of terror over the 3A ranks. For the last three years, Oscar Martinez, Caleb Palmer, Caleb Berlinger, Miguel Baltazar, and Isaiah DeLaCerda have been the heart and soul of that domination.

DeLaCerda didn't race today, but he was in attendance. Going forward, DeLaCerda's athletic fortunes hinge on wrestling. As good of a distance runner as DeLaCerda has been through high school, he has been even more successful on the mat. And, so this was almost certainly the last time these five share a race together. A lot of separate ways have just begun for this group, one of the better dynasties Colorado high school cross country has known.

For McCaffrey and Martinez it was one last chance--barring summer road race shenaningans, if either has any objectives in that direction--to savor a win before things get a whole lot tougher at Northern Arizona University and Colorado State University, respectively, in the fall.