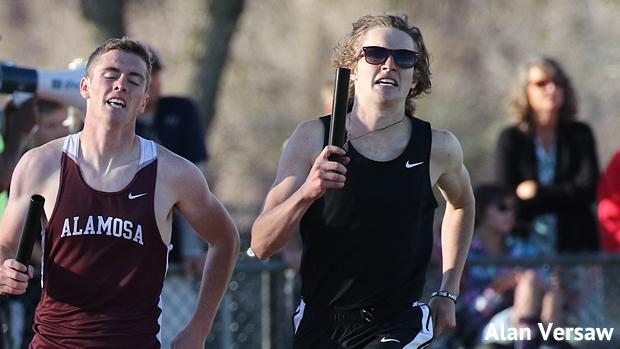 Jon Wilkinson probably isn't the Gunnison guy most 3A fans of cross country are most familiar with, but he's very important to Gunnison's hopes and dreams just the same.

Gunnison. You know, the team that walked away with third place in 3A Boys last fall. Or maybe you didn't know; they were kind of stealthy about it. With 3A folks preoccupied with teams like Alamosa, The Classical Academy, Frontier Academy, and D'Evelyn, Gunnison was able to sneak in and do some serious damage before most people got a clue of what was happening.

How good can Gunnison be this fall? Very good. Can they win it all? That remains to be seen, but they very much should be one of the teams in the hunt.

But, Stice isn't the only heavy hitter that the Cowboys bring back this fall. Jon Wilkinson, a senior this fall, was only three places behind Stice at state cross country. Wilkinson also turned a 4:29.84 1600 at State this spring.

Two guys with sub-4:30 credentials on their roster is a nice place for Gunnison to be as they ponder the possibilities for this fall.

Like Stice, however, Wilkinson didn't dabble much in the 3200 this spring and it's not clear that either really reached anything like a peak performance in that event. The emphasis for Gunnison this spring was very much on the 800 and 1600. Among other things, the Cowboys claimed a second-place finish in the State 4x800. Stice and Wilkinson picked up another 17 points between the 800 and 1600.

Butts and O'Neill had the best cross country seasons of this group last fall, but Butts has run no track in high school and O'Neill didn't do any distances longer than 800 meters after April 4. Stark also keeps to shorter distances in track.

So, it is a little difficult to know exactly what to expect out of these three this fall.

Of note, O'Neill was a two-time top-ten finisher at middle school state cross country. He has definitely turned his focus toward shorter distances in high school, however.

It appears easier to mark out a trajectory for Brennan Stice, but the question with the younger Stice will likely be one of how much he's ready to contribute as a freshman. If he turns out to be a gamer even as a freshman, the possibilities for Gunnison cross country this fall turn a shade or two brighter in a hurry.

Gunnison has a pattern of running small school meets on the Western Slope and just over the Continental Divide to places like Leadville, Salida, and Monte Vista. If they continue that pattern this fall, it may prove to be a little difficult to discern exactly how good this team is in advance of State. But, it will definitely be worth the effort of paying attention to learn as much as you can.