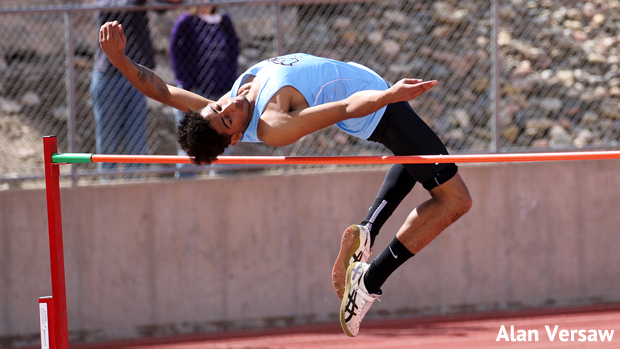 You never know exactly what you're going to see in a season-opening meet. Before the day is done, though, it's a reasonable guess that you will feel the weather.

"Feeling the weather" began at about 2 PM for the 2018 edition of the Banana Belt Classic.  At that point, there was no escaping the wind. Until that time, it had been a comparatively pleasant day in March with teams like Discovery Canyon, Fountain-Fort Carson, Vista Ridge, The Classical Academy, and Elizabeth putting up round after round of nice performances.

After that, it became a battle of attrition. One tent went flying, and other tents were quickly folded up in response. One by one, teams packed their bags and headed home early. But, a few teams stuck it out to the bitter end.

Only the ending wasn't as bitter as you might have expected. Winds abated late in the afternoon, though it was apparent that many athletes had lost a little of their game-day edge by then.

We'll go by gender for the remainder of this article, covering the boys on page 2 and the girls on page 3.