This is the fuller frame of the cover photo. There are winners and losers even on the starting line. Photo by Jeff McCoy. 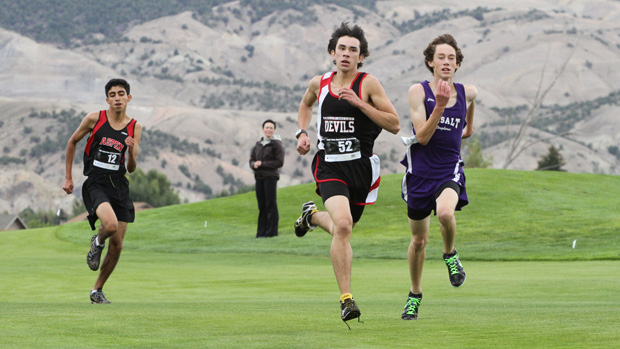 This is one of my favorite finish shots so far this year. The strain of the runners going for places and the dangling laces of a shoe that started the race insufficiently tied. Photo by Alan Versaw. 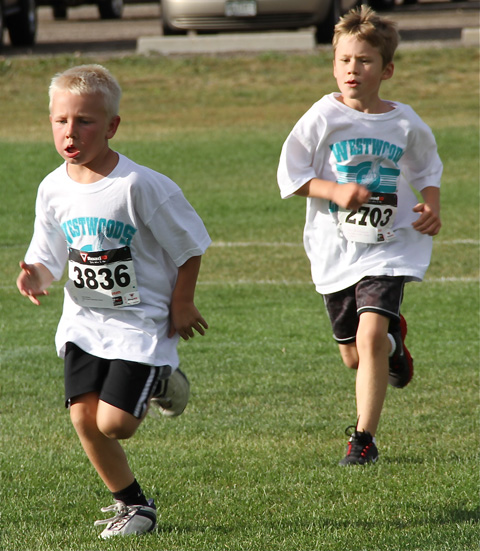 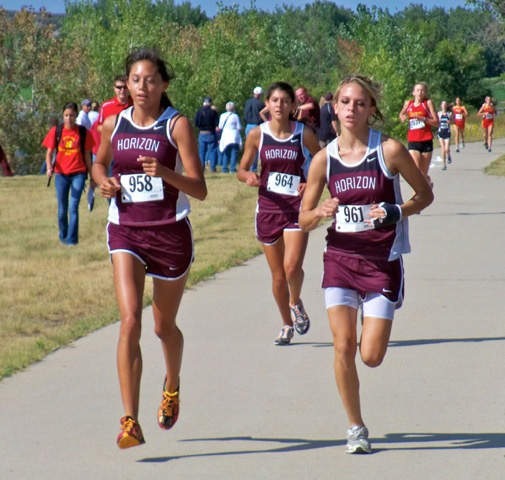 Concrete isn't the preferred surface for the Horizon Hawks, but it worked well enough for Melanie Diep, Gabby Penaflor, and Janell Lincks to go 1-2-3 at Mountain Range. Photo by Bill Stahl. 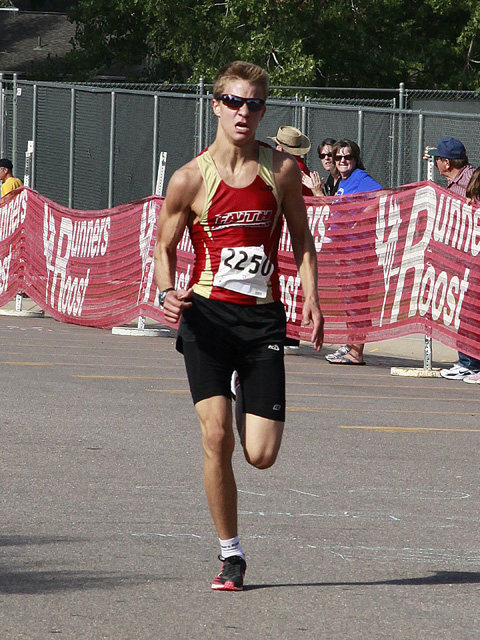 I'm not sure how many people have won their first high school cross country race at Liberty Bell, but Luke Yeager's name is now on that list. Photo by Jeff McCoy. 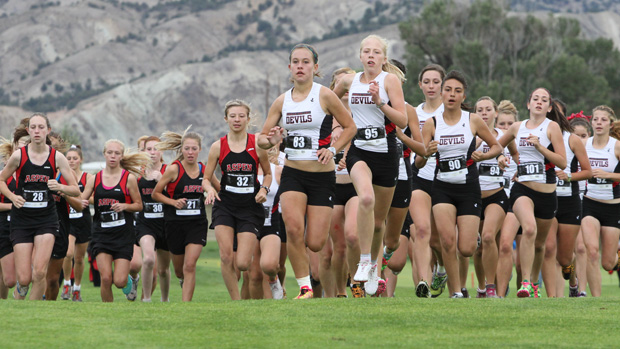 This photo illustrates perfectly the Aspen race plan. The Skiers let Eagle Valley get out strong at the beginning, but patiently rolled them up over the last two miles. Photo by Alan Versaw. 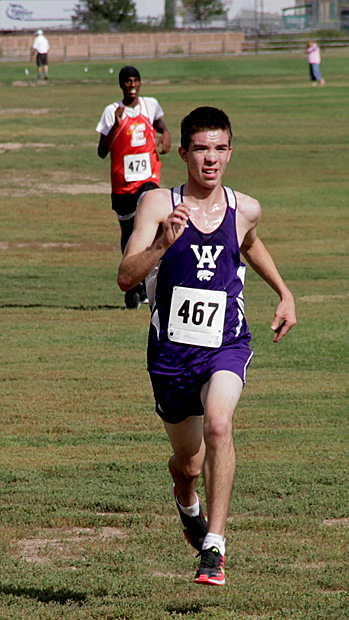 West beat East in this one as Alexander Nelson took individual honors in his home invitational. Photo by Cliff Jurgens. 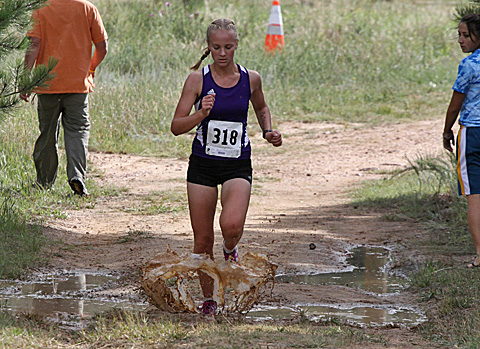 Allie Morgan had room to go around, but apparently chose to cool her feet in the mud. Photo by Alan Versaw. 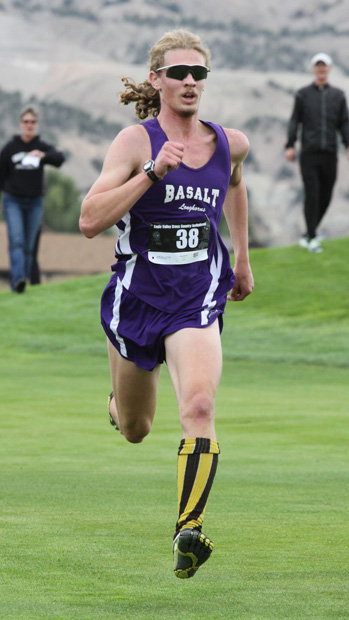 All I have to say about this is that it's an interesting combination of footwear. Photo by Alan Versaw.