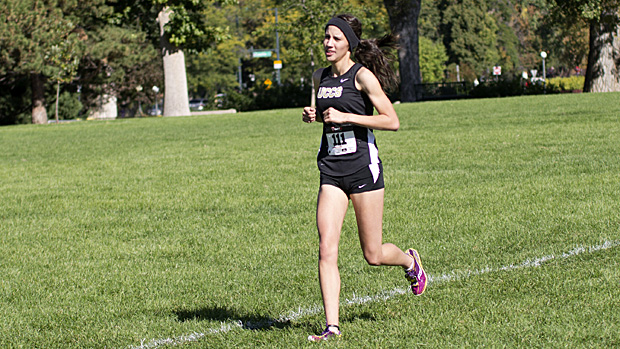 Much will be on the line Saturday when the teams of the NCAA's DII South Central Region step to the starting line of the West Texas A&M course in Canyon, Texas. Owing to the high number of teams from the region placing in the top eight at last year's NCAA DII Championship meet, both men and women from this region will be qualifying six teams for nationals. That allocation of qualifying teams tops this list for all regions in both genders.

But, there will be plenty of competition for those qualifying spots.

Among men's teams, Western State, Adams State, and Colorado Mines all rank in the nation's top five. West Texas A & M, Metro State, and New Mexico Highlands claim top-20 rankings. If any of these six slip up, the Mountain Lions of UCCS are poised to pounce on opportunity. They've been to nationals before and have a pretty clear picture of what it takes.

Among women's teams, Adams State and Western State are ranked 2-3 in the nation. Metro State drops in at 7th. The University of Colorado - Colorado Springs, a team showing nice improvement over last year under Coach David Harmer, and West Texas A&M both occupy spots in the top 20. That adds to five, which means you could mistakenly conclude there is one easy qualifier for nationals among the South Central women. Dallas Baptist and Tarleton State figure to be slugging it out for that qualifier, but don't be too quick to dismiss Colorado School of Mines, Midwestern State, or Eastern New Mexico from your calculations.

In addition, at least three individuals, plus any individuals finishing in the top five in the regional race, will qualify for nationals.

Given recent history, it would seem that the Adams, Western, and Mines men, and the Adams and Western women are the top contenders for the regional crown. As strong as these teams are, this is the worst region in the nation to take absolutely anything for granted.

Western's men have the advantage of momentum right now, fresh off of having soundly beaten both Adams and Mines in the RMAC Conference meet on October 26. But, West Texas A & M manhandled the Lone Star Conference meet the same weekend. Couple that fact with the observation that WTAMU gets to run on their own course and sleep in their own beds, and you begin to realize this is a team you don't want to make too many assumptions about.

In the RMAC women's race on October 26, the Adams women edged the Western women, but nobody who follows cross country feels too secure about an eight-point margin of victory carrying over from one meet to the next. Metro State took third, barely ahead of UCCS. In the Lone Star Conference meet, it was once again WTAMU way out ahead of everybody.

Vegard Olstad of Western, Kevin Batt of Adams, and Tabor Stevens of Adams were close at the front of the RMAC Championship meet in Silver City and figure to be among those contending for regional honors as well. On the women's side, among those contending for the title should be Lauren Martin and Kelly Lamb of Adams, Janelle Lincks of Metro, and Anna Marshall of Western.

Check back here on Saturday for complete results from the meet!