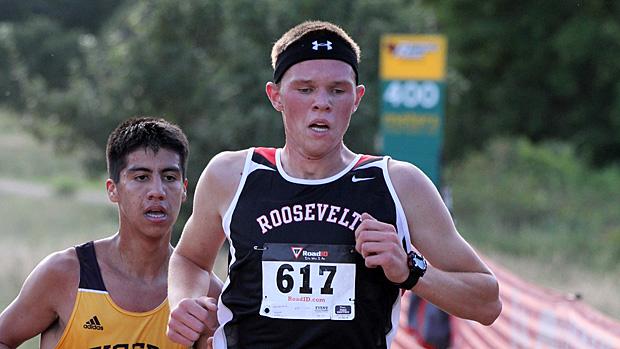 Not everybody ran at the Martin Luther King Mile-Hi Classic on Sunday. It just seems that way.

Actually, there were little pieces of Colorado busy all across the nation.

Moving west to east, there, there were the gymnastics-on-a-stick types out in Reno. I won't endeaver to identify all of Colorado's competitors at the National Pole Vault Summit, but some of the higher-performing ones included Andrew Barlow at 15-2, Andrea Willis at 11-10, and Josie Spitz at 10-4.

A big piece of Roosevelt High School made tracks for Spearfish, South Dakota, a pleasant little community in the Black Hills. There they competed in the Stadium Sports Grill High School Classic. It was mostly about shaking off some rust in a new and different place, but Tyler Davis (800/1600) and Brayden Hamby (60/200) seem to have done the most to exhibit promise for the season ahead.

And, wouldn't you know, Fayetteville, Arkansas, has become the new preferred place for Colorado kids to run big indoor 800s. If you will recall, Zac Petrie dropped in on the Arkansas High School Invitational last year and laid down a 1:54.19. This year, William Mayhew topped that effort with a 1:53.44. Maybe next year, Colorado charters a bus full of 800 types with big dreams?

That's all I have at this point for the high school group.

Out-of-state experiences figure to be happening again this weekend, as the University of New Mexico begins its annual series of high school/open indoor meets at the Albuquerque Convention Center on Saturday evening with the Duke City All-Comers. Doubtless, there will be other out-of-state opportunities as well. But, even if not, there should be enough Colorado-based action at the Duke City to keep us busy ferrying results back here.

We'll do our best to track all of that for you and report back on the results.