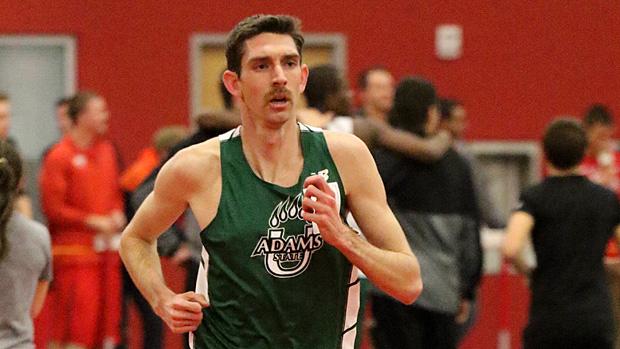 Matt Daniels will be among those taking a crack at Colorado's first four-minute mile on Friday. Colorado Track XC file photo by Alan Versaw.

Eight individuals are slated to run the mile at the Tiger Relays hosted by La Junta High School on Friday. The group makes the trip with one goal in mind: become the first athlete to run a sub-4:00 mile in the state of Colorado.

Batt and Daniels have already obtained a sub-4:00 mile, however, their feat was accomplished outside the state. Batt's time of 3:59.70 was achieved in Lincoln, Nebraska on 2/21/14 at the Nebraska Tune Up. Daniels recorded his 3:59.89 mile in Seattle, Washington on 2/15/15 at the UW Indoor Open.

The mile race is tentatively scheduled to begin at 1:30 p.m. on Friday at Tiger Stadium. Tiger Stadium is adjacent to La Junta High School, 1817 Smithland, on the south end of La Junta. Pending the disposition of a few details, Colorado Track XC will be on-hand for coverage of the event and a substantial portion of the high school events of the Tiger Relays.

As a note, Rory Fraser holds the all-time record for a mile here in Colorado at 4:03.99. That mark was set as part of an elite event at the St. Vrain Invitational on May 3, 2013.