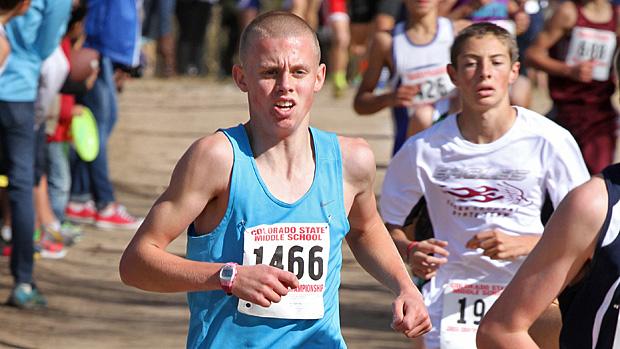 There was a lot going on for the early days of August. Track and field drew a couple of closing breaths with the AAU Junior Olympic Championships in Norfolk, Virginia, all week long and the Boulder Road Runners track meet on Thursday.

No other Colorado entries came close to placing in this, or any other, event.

Up in Boulder, some high school highlights were provided by Garrison Hayes in the javelin (37.41m) and Heather Betz in the high jump (5-2).

Several high schoolers tuned up their races a little with some road racing action this weekend as well.

The Woodland Park Mayor's Cup saw entries from Woodland Park (look for the WP boys to be an improved lot over last year), Colorado Springs Christian, and Manitou Springs. Over a rolling course at altitude, Woodland Park's Jakob Seib led the high school boys with a 20:13, while CSCS's Hope Bedford led the local female high school finishers with a 24:51.

A much longer race, the major fund-raising project of Clear Creek High School athletics if I understand things correctly, was the Georgetown to Idaho Springs Half Marathon. Joshua Romine picked up where recently-graduated Tyler Matzke left off, running the top high school boys time of 1:23:03. Matthew Kline of Evergreen finished a mere eight seconds later.

Among the current high school girls, top honors went to Abigail Oglesby of Chatfied at 1:41:59.

Earlier this morning at the Littleton Pancake Stampede (as a side note, if I'm going to stampede, I can think of several things I'd rather be risking life and limb for than pancakes), Gage Voss showed a little of why he is a legitimatethreat to break into the varsity roster as a freshman this fall at Arapahoe. Voss won the male division with a 17:08.