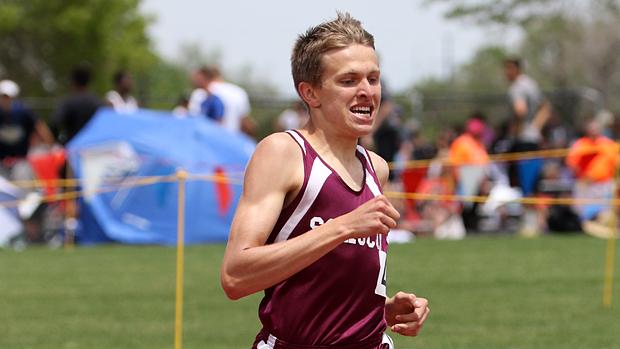 Ben Kelley reveals some of the excitement of an approaching finish line with nobody close. Photo by Alan Versaw.

Yesterday, I tried to do separate summaries for each classification and ran out of time before I completed all the classifications. I'll try not to make the same mistake today as I summarize where some things are. 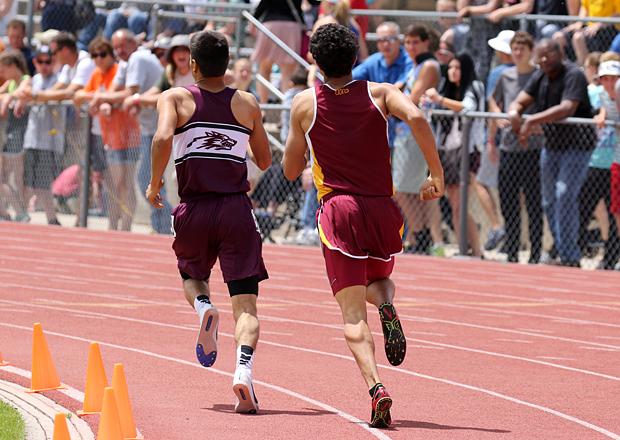 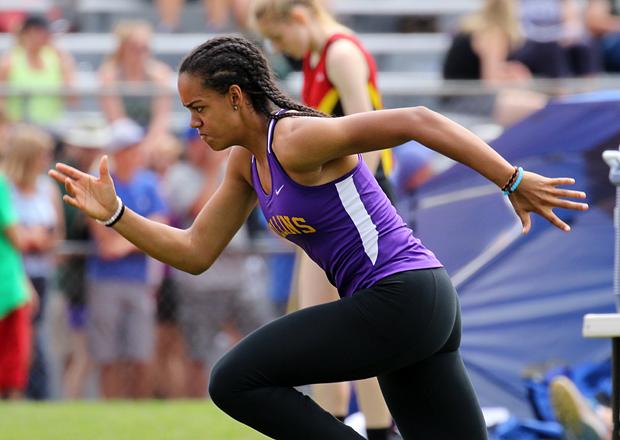 There were more highlights than that, of course, and you can check for more on your own by scanning the State Meet Results page.