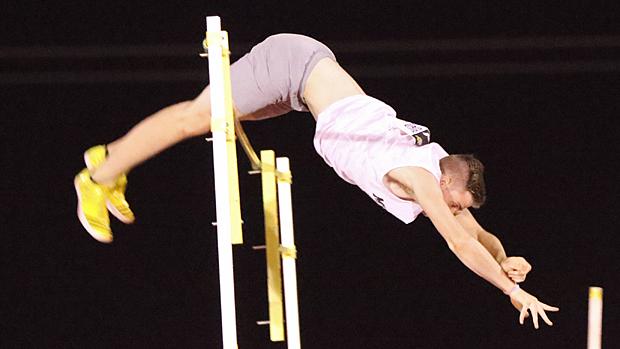 Chris Nilsen clears the bar on his third attempt at 18-3. Photos by Alan Versaw.

On a warm Albuquerque night, it came down to a third attempt at 18-3. Both Chris Nilsen and Armand Duplantis has successfully cleared 18-0, but had two misses each at 18-3.

And so the Great Southwest pole vault crown for 2016 graces the brow of Missouri's Chris Nilsen.

But, if it was fireworks you came for, there were plenty of those.

How about Dartez Hamlin anchoring a team of Texas all-stars to a 39.20 time? Incoming favorite Jamaica got caught watching from behind on that show stopper of an effort. 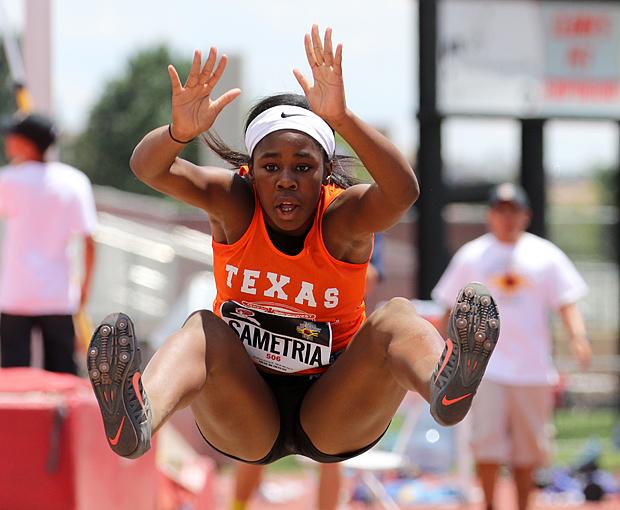 Sametria Smith of Texas stunned the long jump favorites with a 20-6.25. Unfortunately, wind gauges weren't in use for the horizontal jumps, so we simply don't know about the wind reading on that one. There is a reasonable probability, however, that the jump was wind-aided, as what winds there were came variably, but mostly to the backs of the long jumpers.

Georgia's Ryan Camp spun the discus to 188-5. That won't go down as a meet record--or even as a near miss--but it was a solid winning effort on a day when the discus throwers seemed to be having trouble deciphering the wind.

Anthony McRoberts of Illinois took the high jump to very nearly a personal best mark at 6-10.75.

Jamaican Javier Lowe, brought in a give the meet a strong triple jump presence, didn't disappoint. Lowe would win the triple jump at a shade over 52 feet. 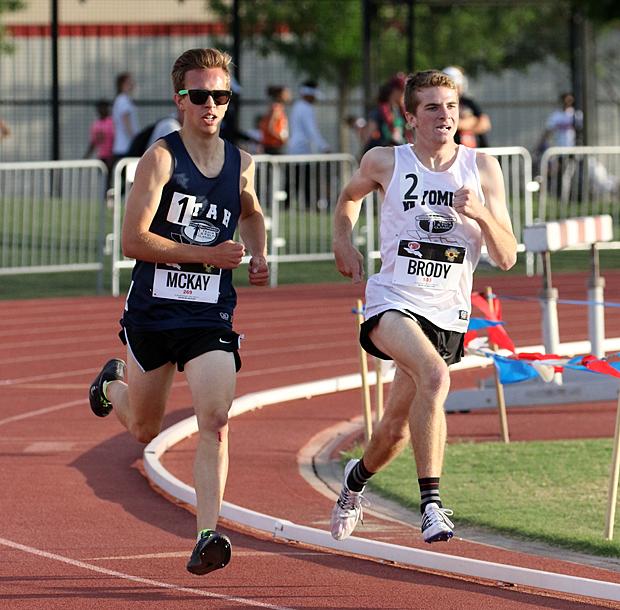 And, speaking of events of more than 400 meters at 5000 feet of altitude, Wyoming's Brody Smith and Utah's McKay Johns staged what might possibly be interpreted as one of the all-time best miles ever at altitude. For four relentless laps, Smith and Johns battled hammer and tongs. Johns' attempts to pass on the final lap were rebuffed squarely by Smith, who would go on to win in 4:10.70--a mere half-second ahead of Johns. Bear in mind the distance was a full mile, meaning those times would have been about a second-and-a-half faster for 1600 meters.

Texas swept a few events, but none in sterner fashion than the 300 hurdles. First it was Milan Young in 41.87 for the girls. Several minutes later, Charles Brockman III completed the sweep with a very nice 36.39.