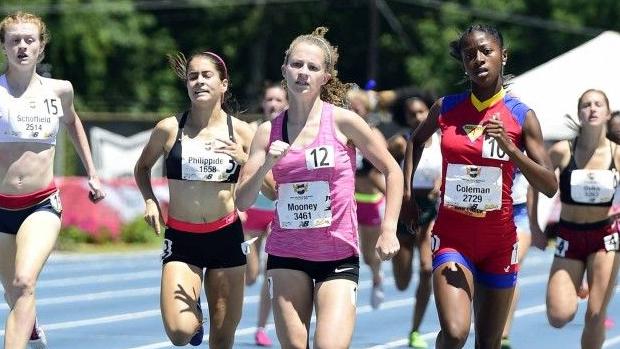 Madison Mooney's stellar finish helped her chop more than two seconds off her 800 PR at 2:10.18. Photo by Jeff Sides.

Of this we can be certain: Colorado saved its best for last at NBNO 2016.

Madison Mooney was an early competitor on the final day of the meet, and the Horizon junior-to-be made the most of her opportunity, winning the Emerging Elite 800 in 2:10.18. Older sister Megan also had a result to remember, running 4:46.59 for fifth in the Championship Mile.

And there was more good news yet to roll in...

Complete Results, Photos, and Videos from the NBNO weekend