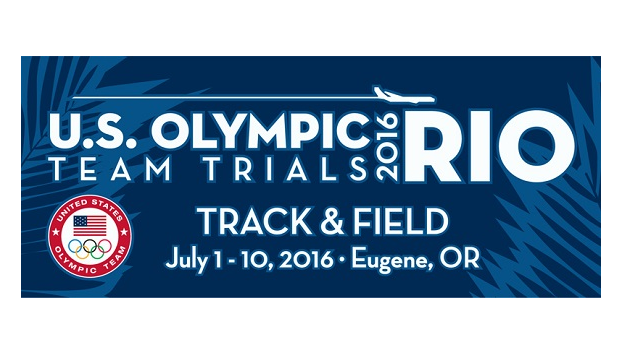 Track along with us all the results for Colorado high school alumni at this year's Olympic Trials.

Day one of the 2016 Olympic Trials didn't see any Colorado high school alums making the US Olympic team (at least not yet), but there were some nice performances nevertheless.

And, in discus qualifying, Valarie Allman (Silver Creek, 2013) advanced to finals with a throw of 191-9.

Sam Pierson (Pueblo South, 2007) advanced to finals in the pole vault with a qualifying vault of 18-0.5.

Valarie Allman threw 193-8 to end up sixth in the discus.

Boris Berian continued his string of top times with a 1:45.72 to claim the best time in semis of the 800. Obviously, that time advances Berian to finals.

Kind of a slow day for Colorado with Morris as the only Colorado high school alum in action.

Sam Pierson bowed out of the pole vault with a no height in finals.

Toni Smith advanced to finals of the triple jump with a prelim round mark of 44-10.25.

Emma Coburn (Crested Butte, 2008) ran the fastest time in the 3000 Steeple prelims to advance to finals. Coburn's prelims-leading time was 9:35.28.

Though leading most of the 800, Boris Berian ended up second--but still with a trip to Rio--in the 800 with a 1:44.92. Berian becomes the first Colorado high school alum to officially qualify for the 2016 Olympics in track and field.

Thursday was a very busy day for OT athletes who are graduates of Colorado high schools. From the top, here we go...

In the prelims of the women's 5000, Katie Mackey's (Fort Collins, 2006) 15:26.64 advanced as the second-best time in prelims. Unfortunately, Laura Thweatt and Natosha Rogers did not advance, finishing 18th and 19th, respectively.

And, Emma Coburn closed out the evening by winning the 3000 Steeple, and advancing to the Olympics, in 9:17.48.

After the rush of Thursday, Friday was not quite as much of a rush for Colorado results, but still within a decent selection. Here's what we have...

Mason Finley won the discus with a throw of 208-1, while Russ Winger finished 12th with a single legal throw of 177-6.

I'm not able to tell you what change in scoring of Monday's men's 3000 Steeple prelims led to Tabor Stevens being in the finals, but he was there and finished 11th in 8:41.98.

It was largely a day of dashed Olympic hopes for a handful of Colorado athletes.

Taking the day from the top, we have...

Annie Kunz (Wheat Ridge, 2011) is a solid seventh in the heptathlon competition after day one. Kunz's best finish of the day relative to the field was a fifth in the shot put. After four events, she has accumulated 3654 points.

William Kincaid, after finishing with the top time in prelims of the 5000, managed only the eighth-best time in finals with a 13:39.96. On the other hand, there was a very impressive list of names behind him.

Colorado went out quietly on the final day of Olympic Trials with no new Olympic berths earned by Colorado high school alumni.

Annie Kunz completed the heptathlon competition in eighth place with 6038 points. She began the day in 7th but slipped one place in the javelin throw.

Katie Mackey ran 15:18.60 for the 1500 meters but ended up in sixth place, three places out of an Olympic berth. With the completion of Mackey's race, Colorado's participation in the 2016 US Olympic Trials completed.