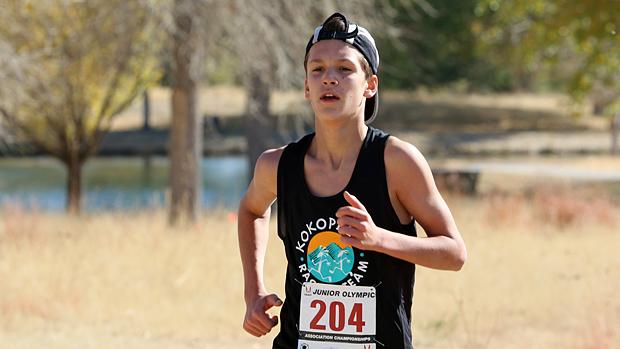 Easton Allred posted the big high school age performance of the day, winning the 15-18 boys race in 16:34 and leaving a few folks wondering what might have been. Photos by Erin Percy.

Predictably, the high school division (15-18 run together in a single boys race and a single girls race, though 15-16 and 17-18 are scored separately), is the smallest division of the meet, but we typically get something special out of these races.

This year's something special was Easton Allred winning the boys race. If the name seems vaguely, but less than completely, familiar, you're in the same boat as a lot of other folks. Allred finished second at last year's middle school state championships and first at the middle school mile at the Coronado Cougar Classic track meet this spring.

Evidently, he's not lost a step, though he did sit out the just-completed cross country season (it's rumored that he did so to save space in his life for basketball). Allred's 16:34 left such notables as Jerod Kuhn, Cal Banta, and Isaiah DeLaCerda coughing and gagging in his dust. DeLaCerda's 16:59 was as close as anyone could get. 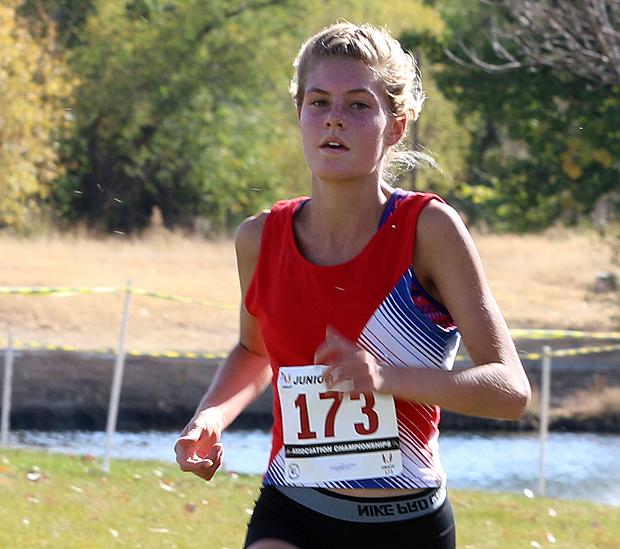 Tiya Chamberlin, who races just about every weekend--and raced twice on numerous weekends throughout the cross country season--took first in the girls race with a 19:17. That put her 27 seconds ahead of Victoria Hall, the Cherry Creek freshman phenom who ended her CHSAA season with a few very nice efforts.

Down the age groups, winners included a laundry list of familiar names. Aidyn Woodall added one to her long list of wins, beating Jadyn Goodrich by some 33 seconds in the 13-14 Girls. Adugna Moritz outlasted Erik LeRoux (again, but this time by only five seconds) in the 13-14 Boys.

Alayna Szuch powered away from Brooke Wilson to win the 11-12 Girls. Jackson Parrill kept Bradley Troyer in the rear-view mirror to capture the 11-12 Boys crown.

You can figure on seeing most of these faces again in two weeks at the Region X Championships--back at Fountain Creek Regional Park. That is, unless you've made the trip to Arizona for Nike Cross Southwest the same weekend.